Presentation of the book was held at the Bishkek Humanities University with participation of Kyrgyz scholars, famous writers and university students. The book was compiled and published on the basis of the manuscript written by famous manaschy Meder Mergenbaev. Ancient manuscript was written in Arabic graphics. This manuscript contains stories and language leaks that do not appear in other versions of the epos. Previously, it was kept in a manuscript and has never been published. Speaking at the presentation, the rector of the Bishkek Humanities University, Abdylda Musayev, said that the fundamental work played am important role in Manas studies. 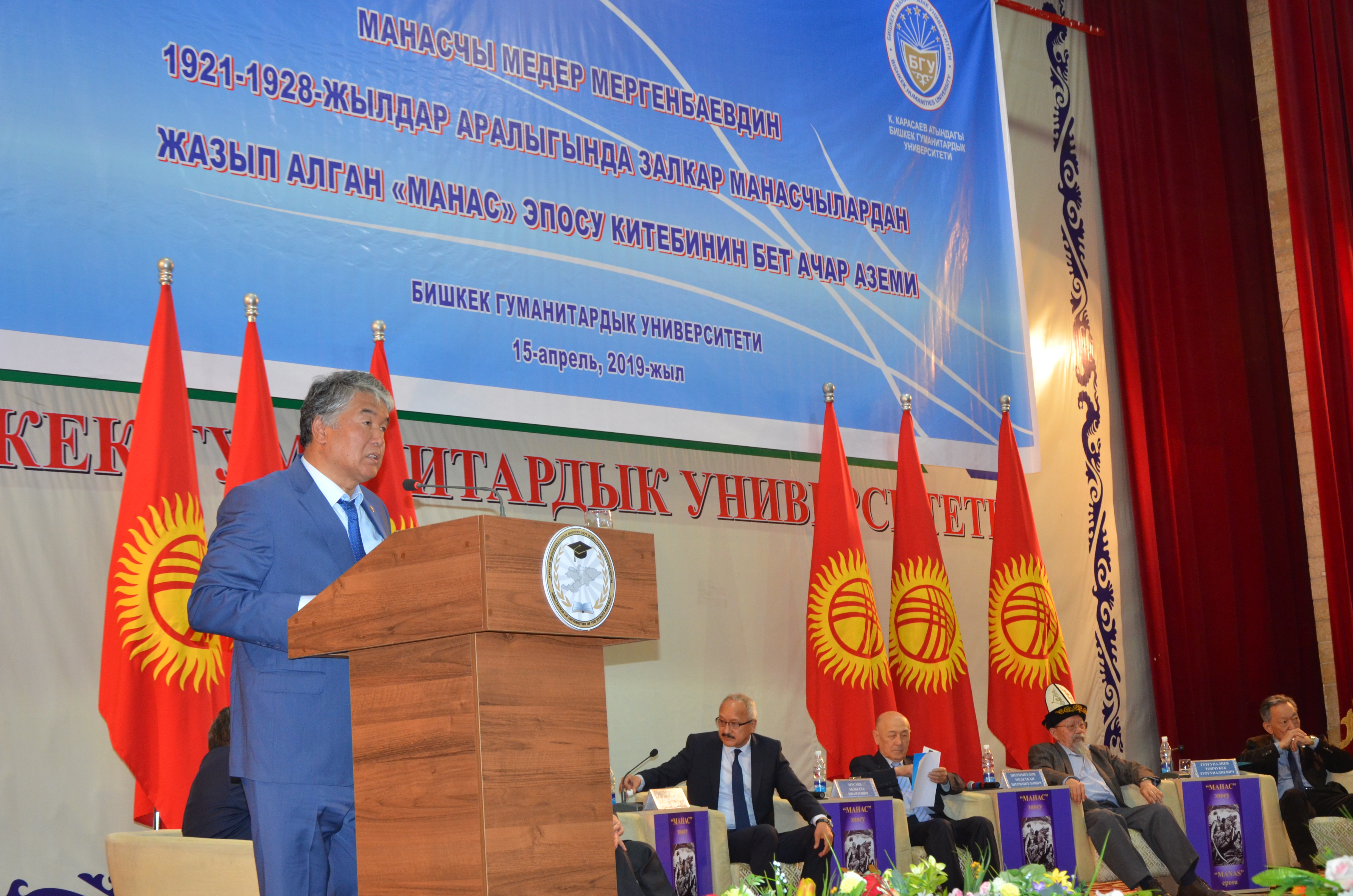 The adviser to the President of the Kyrgyz Republic, Sultan Rayev, who also participated in the event, noted: “Soononbay Sharipovich Jeenbekov personally appreciated this event. He was glad and expressed his gratitude for such work, and emphasized that preserving the Manas epos in the era of globalization was one of the main issues. Sultan Rayev continued his speech: “As you know, there are 38 large epos in the world. The largest of them is Manas. We have to consider Manas in the context of innovative concepts.” 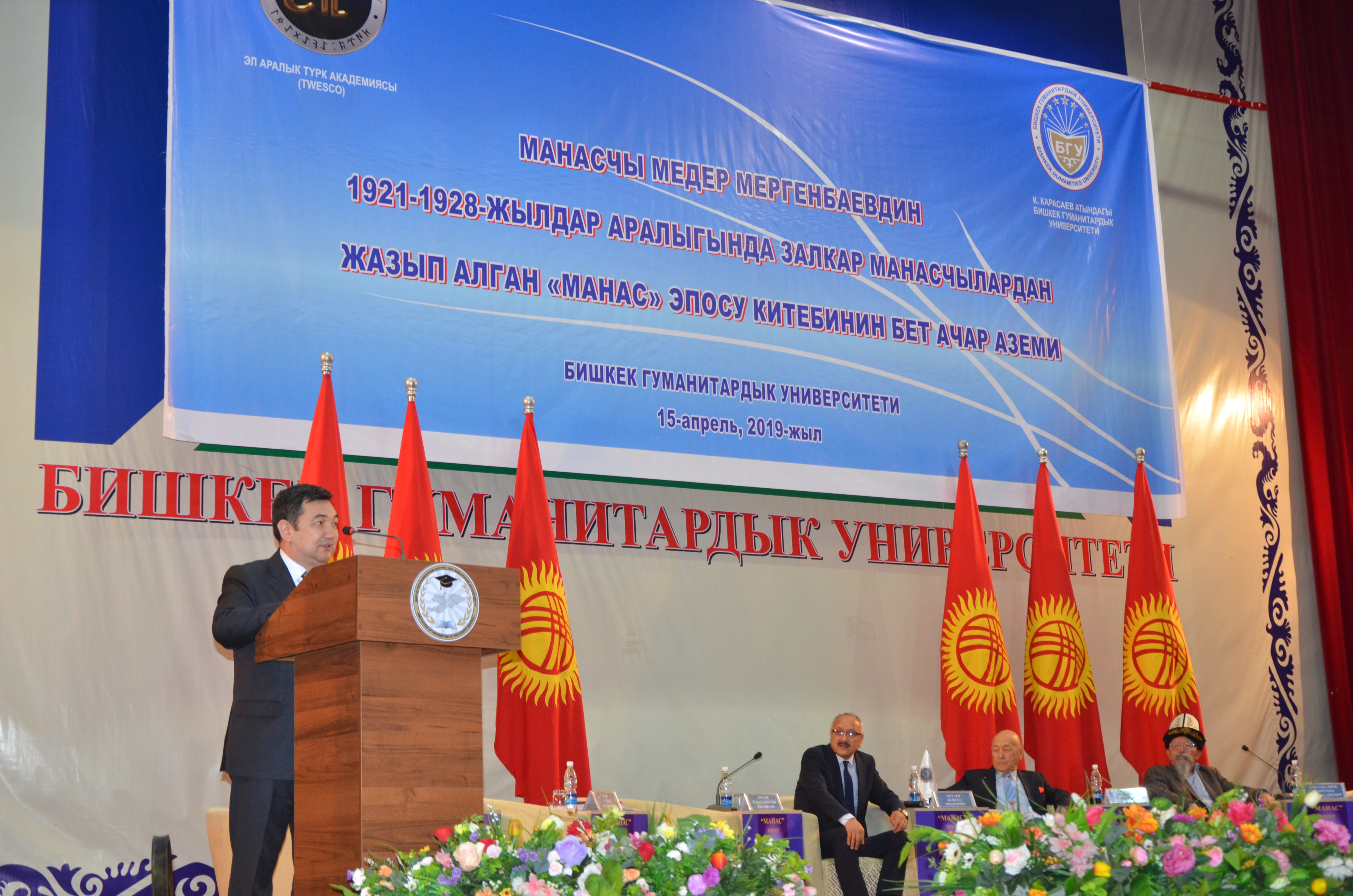 The International Turkic Academy has published this version of the epos as a scientific edition in Latin graphics for the first time. The volume of one book is 650 pages. This work is the first book in Kyrgyz language published in Latin graphics. In September 1993, the ex-rector of the Bishkek Humanities University famous Turkologist Kadyrali Konkabaev bought this manuscript, which was unknown to the public before now, and transferred it to the Turkic Academy in July 2018. Then, the epos was prepared for publication with the support and preface of the President of the Kyrgyz Republic Sooronbay Jeenbekov. In order to provide a textual understanding for scholars, the book contained original page of the manuscript in facsimile with the page number.