The 750th anniversary of Talas kurultai and the Great state – the Golden Horde is celebrated at the initiative of the President of Kazakhstan, Kassym-Jomart Tokayev. In this regard, today the International Turkic Academy holds the scientific and practical conference “Talas kurultai: history and tradition” in the historical city of Taraz.

Deputy Prime Minister of the Republic of Kazakhstan Berdibek Saparbayev, Akim of Zhambyl region Askar Myrzakhmetov, President of the International Turkic Academy Darkhan Kydyrali, Rector of the M.Kh.Dulati Taraz State University Makmetkali Sarybekov, as well as scholars, representatives of intelligentsia and journalists from Kazakhstan, Kyrgyzstan, Uzbekistan, Mongolia and Russia participated in the event.

At the beginning of the plenary session, distinguished guests shared their views and ideas on celebrating the 750th anniversary of the Golden Horde and commemorating Jochi Khan, the Talas kurultai of 1269, the 950th anniversary of Yusuf Balasaguni’s “Kutadgu Bilig”. 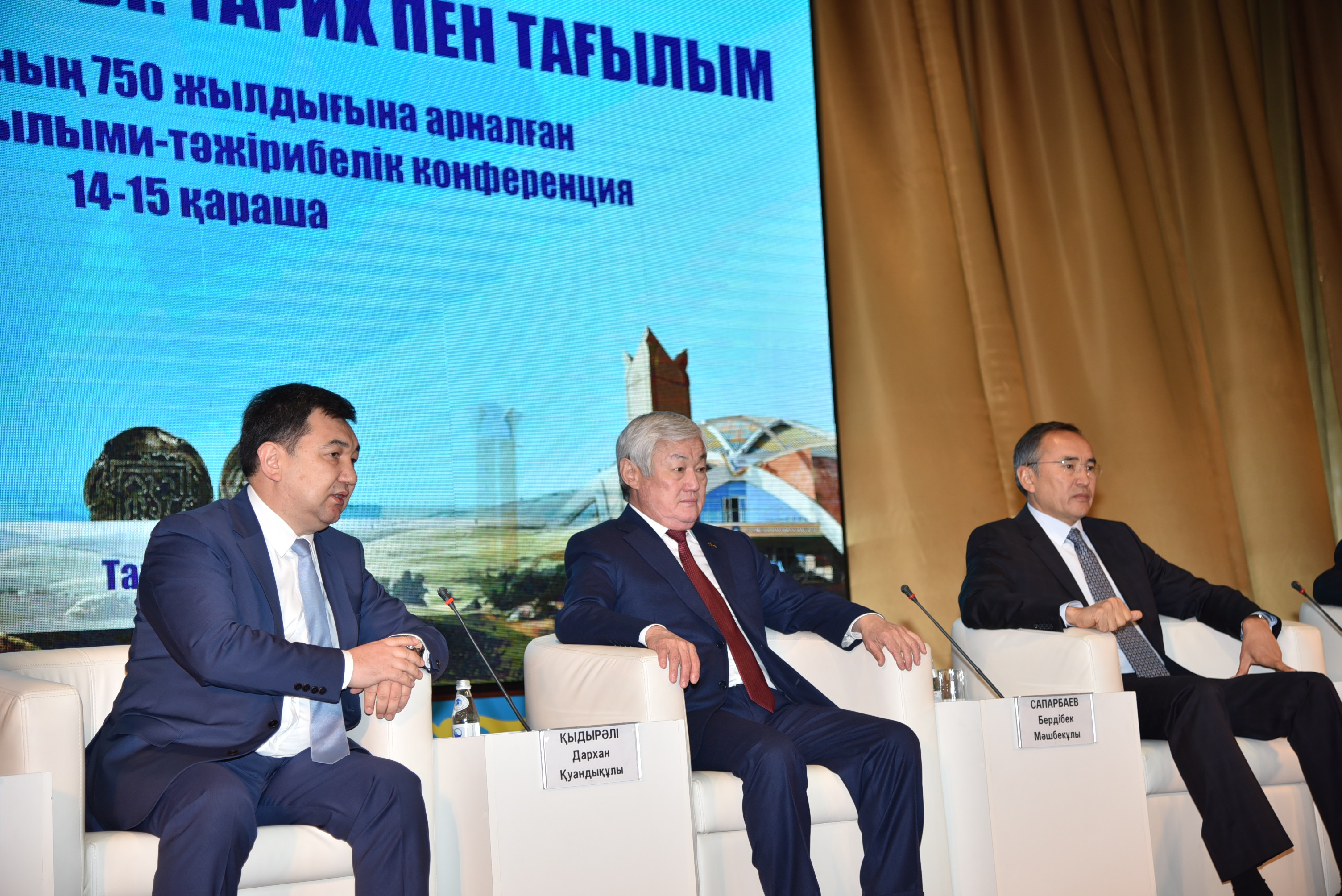 The head of the Academy Darkhan Kydyrali, who conducted the event, said: “Taraz was a center of the Turkic Kaganate with a history of two thousand years, where Turkic peoples adopted Islam, the Karakhan Empire developed, and the Kazakh Khanate was established. And the Talas kurultai of 1269 became reason of our today’s gathering. It was the historic meeting that led to creation of Altyn Orda state, the Chagatai ulus and Moghulistan,” said Mr. Berdibek Saparbayev, Deputy Prime Minister. 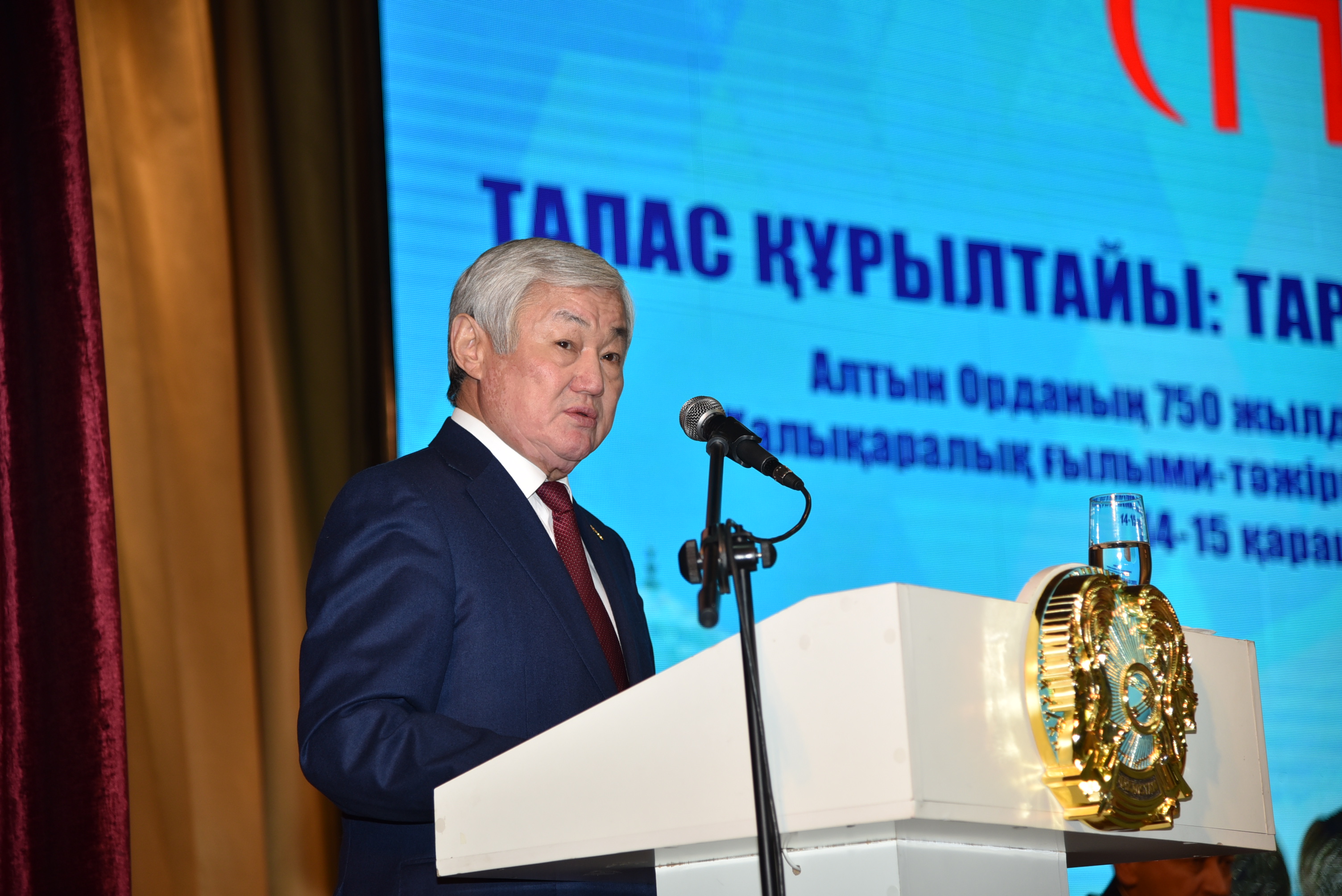 In his turn, Deputy Prime Minister emphasized the importance of promoting Kazakh history, in the international arena: “You well know that there is no future without history. We have to study hard our history to be able to share it with others. In this regard, President Kassym-Jomart Tokayev instructed the government to celebrate the 750th anniversary of the Golden Horde. To implemet the task given, we have held a series of events in Turkey, the Republic of Tatarstan, and the work in this direction will continue,” he said.

In his speech, Berdibek Saparbayev noted that Taraz could become large international tourist center. He also told about work done to commemorate the name of Jochi Khan and shared future plans. “First of all on behalf of the Government of Kazakhstan I would like to express my gratitude to foreign scholars who have arrived to participate in this event.  We all have the same roots. Together we can share our history with the world. Recently I met with Mr. Enkhtuvshin, the Mongolian Deputy Prime Minister at the International Turkic Academy, he said that their side would support our initiatives,” the Deputy Prime Minister noted. Akim of Zhambyl region Mr. Askar Myrzakhmetov noted the significance of holding such historic event “in the region, which Leader of the nation described as a guiding star of our history”. At the same time, he announced about the construction of a special Center for Spirituality and History. “As the name indicates itself, goal of the center is to deeply study our history, to show our noble origin, to get lessons from the history,” the head of the region stated. Mr. Askar Myrzakhmetov said: “This is a great honor to our history, and I think that today’s conference will be a great step forward for us. We thank all organizers and guests of this important event”.

The next floor went to Mr. Medetkan Sherimkulov, who headed the first Parliament of Kyrgyzstan. He drew attention to the fact that the Talas kurultai was a historic event for fraternal countries.

A guest from Mongolia, director of the National Museum, Doctor of Historical Sciences, Professor Sukhbaatar Dagvaadorzh said that at kurultai a historic decision was taken. In his opinion, kurultai of 1269 initiated by Khaidu, first of all, strengthened the traditions of nomadic public administration.

Director of the Institute of Archeology of the Academy of Sciences of Uzbekistan, Doctor of Historical Sciences Farhad Maksudov shared his views on the influence of the Kypchak language of the Golden Horde era on the formation of modern Uzbek language.

Director of the A.Kh. Khalikov Institute of Archeology of the Tatarstan Academy of Sciences, Doctor of Historical Sciences Airat Sitdikov noted that the Golden Horde was a powerful state, contributing to the formation of the modern Eurasian space.

Another scholar from Russia, vice-president of the Sh. Marjani Fund for Support and Development of Scientific and Cultural Programs Mr. Murad Zargishiev, in his turn, expressed his gratitude to the head of the International Turkic Academy for the opportunity to take part in such event. He also noted that he was glad that in Kazakhstan Ulus of Jochi Khan, the Golden Horde history is studied at a high level. “Because it is our common history,” he said.

After that, participants were divided into three sections and listened to lectures of the scientists and discussed issues on given topics. The first section was dedicated to the Talas kurultai and its influence on the state traditions, the impact on the country consciousness (“Talas kurultai: state traditions and country consciousness”), the second section gathered new approaches and trends in the history and heritage of the Golden Horde (“History and heritage of the Golden Horde: new approaches and trends”). In addition, the third section on “Kutadgu Bilig” in the history of social thought of the Turkic world” was dedicated to the 950th anniversary of Y. Balasaguni’s Kutadgu Bilig. 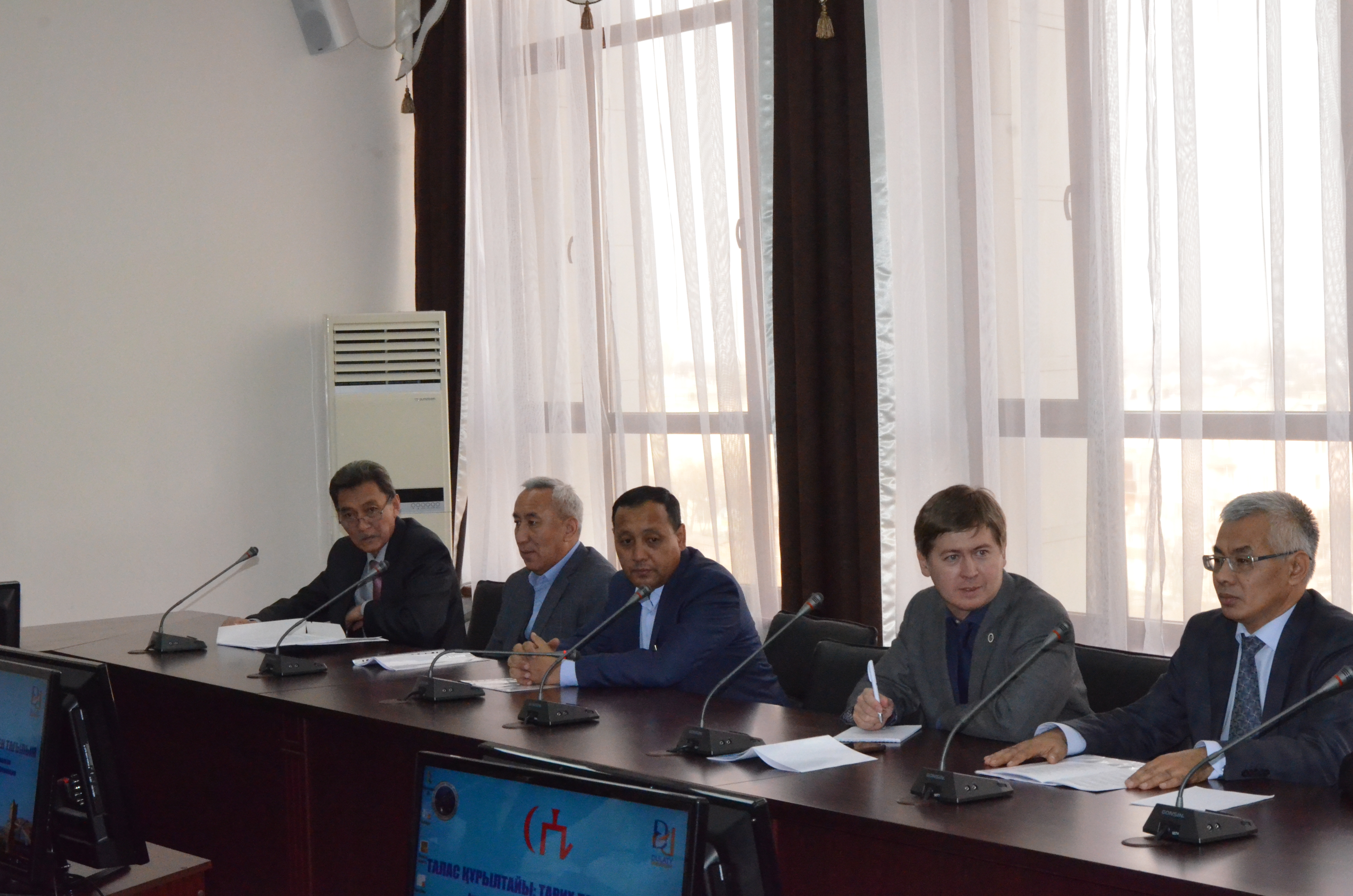 On the second day of the conference, participants and guests are expected to visit the Karahan Baba, Dautbek, Aisha Bibi and Babaja Khatun mausoleums, the historic and cultural center “Ancient Taraz”, mosque belonging to early Islamic era.