126 years ago, on November 25, 1893, Danish linguist, polyglot Vilhelm Thomsen had deciphered the Old Turkic script and made a special discovery in the world of science. That was a day when a new chapter opened in the history of Turkology. That discovery allowed Turkologists to completely translate the Turkic written monuments. Later, in the twentieth century scholars from Turkic countries such as Turkish, Kazakh, Azerbaijani, Uzbek, Tatar and other researchers joined them. 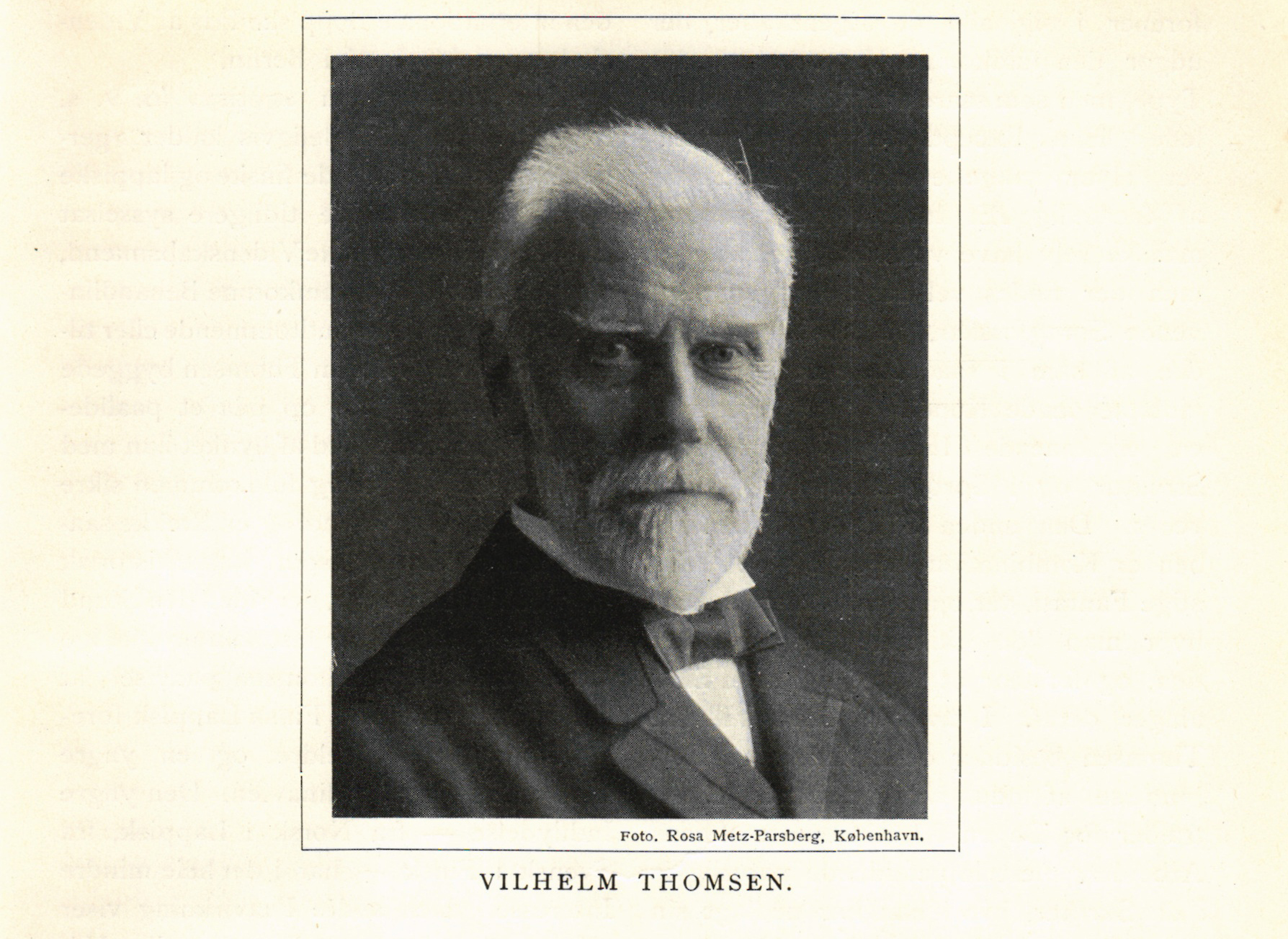 Ancient Turks called their script a bitig (inscription). It consists of 40 characters, based on ancient characters (graphics) tanba. This script is a universal “phono-morphemic” (sound-semantic) character alphabet that could accurately mark the nature of Old Turkic language and could gather different Turkic dialects. The phonological structure of the Turkic bitig is distinguished by separate and complex reading of vowels and consonants.

In Turkic countries Turkic bitig was used to issue orders, decrees, prepare seals, to send an ambassador, write correspondence and issuing other state important documents. The keeper of Khagan’s gold-pledge stamp was called “tamγačí>tamgachy”, “tarkhan of golden seal”, and the documentary secretary – “bitikči>bitigchi”. By orders of great Khagans, the history of the country was written on the paper and a stone (“bitigtaš>bitigtash) called “eternal” (beŋgütaš> bengutash). “I wrote my knowledge on solid stone using millennial bitig symbols,” said brave Turkic people. Common and clear Turkic bitig rapidly spread among all Turkic ethnos to a vast territory. 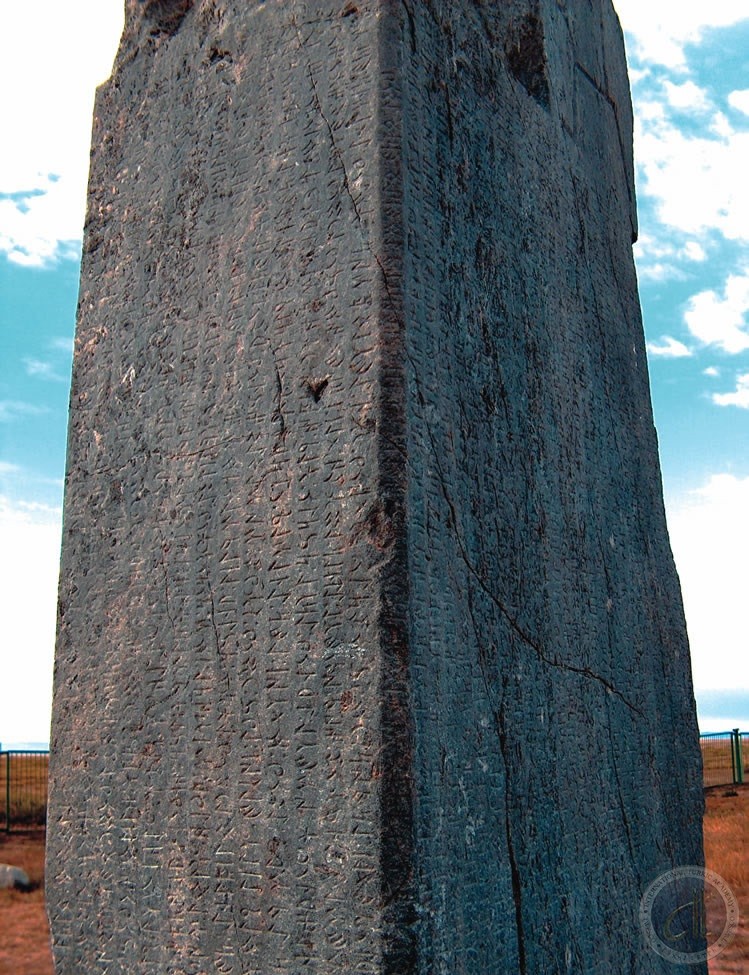 By modern standards the text of these inscriptions is a medium size book. The ancient Turkic epigraphic materials have many historical, cultural, geographic and political data, giving a clear and complete picture of people’s life, cognition, world outlook and traditions. The historical events, decrees of great khagans are described in a compact and poetic style. Therefore, many researchers refer to them as artistic compositions. The inscriptions describe events of the Kok Turks Age, geographical names, the names of tribes of that time, their location and distribution. However, different religions that came to the Great Steppe in later centuries with their original script forced out the Turkic inscriptions from the memory and use of people. 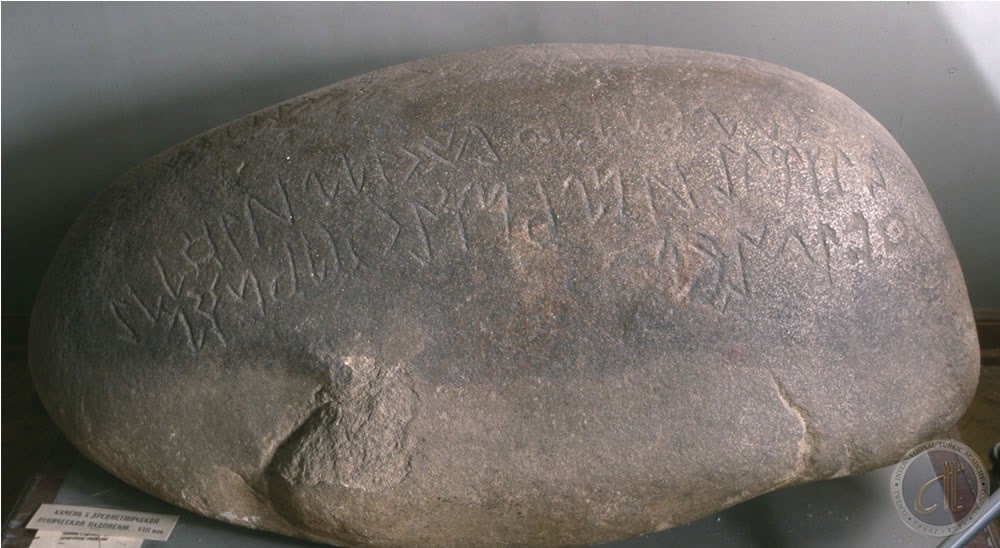 The Turkic bitig covered the territory of modern Mongolia, Altai, Tuva, Khakassia – Yenisei, Abakan, Kem River, Buryatia – Lake Baikal, Lena, Sakha, East Turkistan – Turpan Lowland, Dunhuang, Miran, as well as Kazakhstan – Irtysh, Talas, Ile, Syr, Edil, the Ural River, Fergana, the North Caucasus, and the Eastern Europe. It is known that this is a vast area occupying almost the entire Eurasian continent. Ancient Turkic bitig is a witness and commonwealth of the spiritual culture of today’s Turkic peoples. Hence, the ancient Turkic inscription is one of the greatest heritages in the world civilization.

At present, there are more than 700 small and large-sized texts found on monuments, rocks and various artifacts in Eurasia.

The Department on Altaistics, Turkology and Mongolistics of the International Turkic Academy studies and translates the ancient Turkic inscriptions. 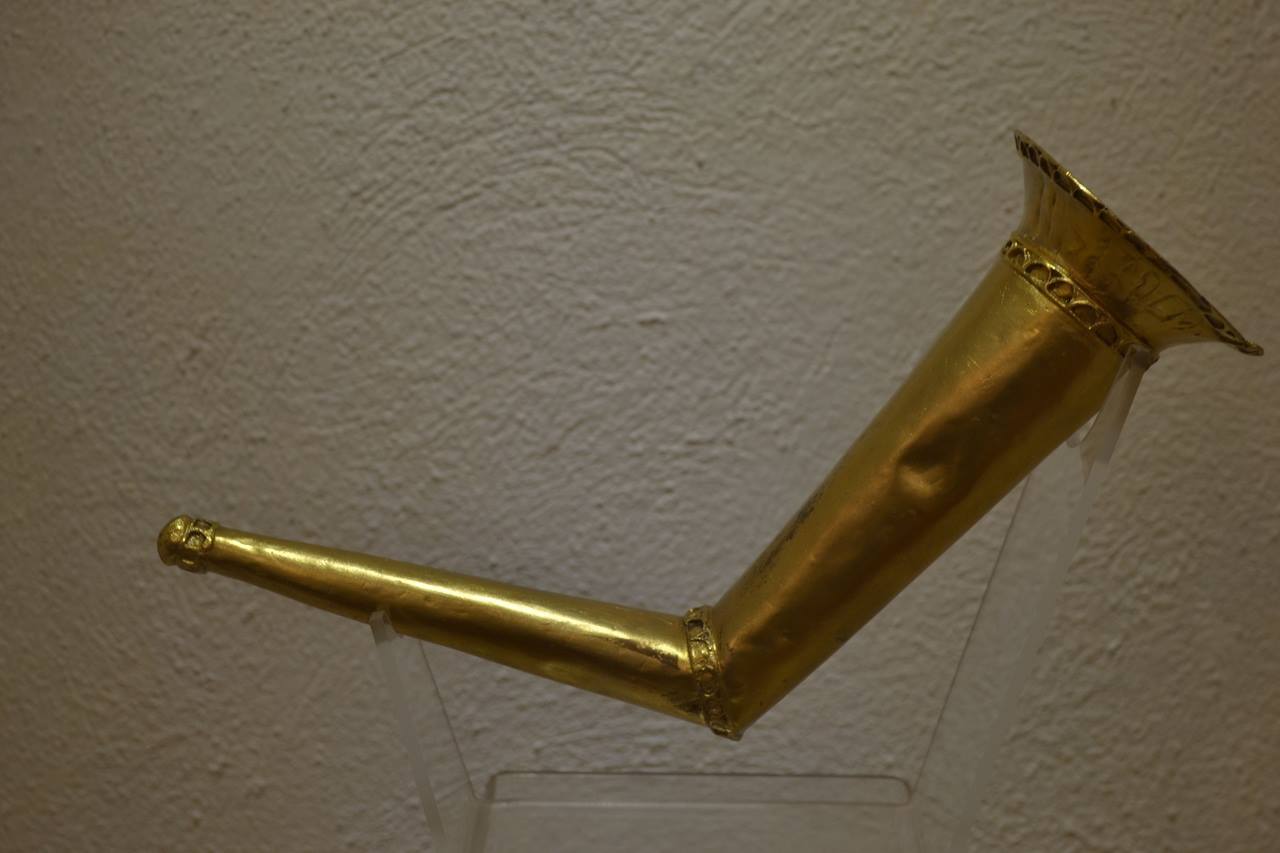 Also, we present an article by the Academy expert, N.Bazylkhan about the ancient Turkic inscriptions found in Kazakhstan. (PDF version)