International Turkic Academy held the opening ceremony of the Year of Abay in Baku.

The event, organized in accordance with the Decree of the President of Kazakhstan Kassym-Jomart Tokayev, was hosted by Baku State University with the support of the L.N. Gumilyov Eurasian National University.

The ceremony was attended by Secretary General of the Turkic Council Bagdat Amreev, President of the International Turkic Academy Darkhan Kydyrali, TURKPA Secretary General Altynbek Mamiusupov, Head of the Turkic Culture and Heritage Foundation Gunay Efendiyeva, and Deputy Secretary General of TURKSOY Bilal Çakici, President of the National Academy of Sciences of Azerbaijan Ramiz Mehdiyev, Rector of Baku State University Elchin Babayev, Chairman of the Eurasian Union of Writers Yakub Omeroglu, Chairman of the Union of Writers of Azerbaijan Anar Rzaev, Ambassadors Extraordinary and Plenipotentiary of Kazakhstan, Kyrgyzstan, Turkey and Hungary to Azerbaijan, official representatives of the Ministries of Education of Kazakhstan, Kyrgyzstan and Turkey, as well as prominent scholars and public figures.

During the ceremony, a presentation of the monograph by research fellow at the Nizami Literature Institute of the National Academy of Sciences of Azerbaijan Turan Teymur on “Writer’s mastery in Mukhtar Auezov’s Abay” (Turan Teymur. Muxtar Auezovun «Abay» romanında sənətkarlıq məsələləri). The edition, published by the Academy, is the first scientific publication in Azerbaijani devoted to the work of Mukhtar Auezov.

Moreover, a special Book Fair of the International Turkic Academy’s editions was organized and more than 50 books were presented to the newly opened Abay Center in Baku. 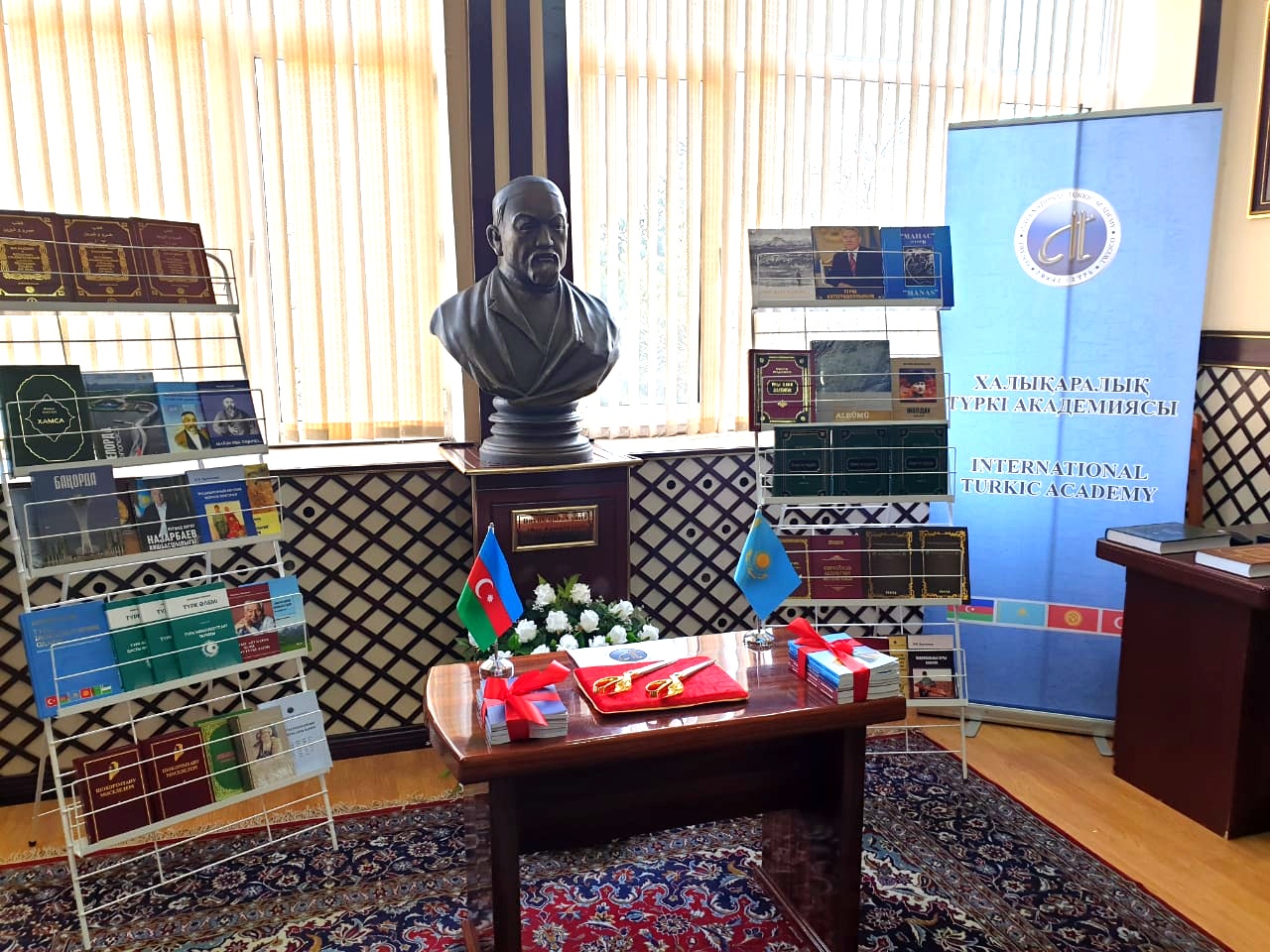 The solemn meeting continued with the concert program of the L.N. Gumilyov Eurasian National University’s professor, Honored Artist of the Republic of Kazakhstan Kenzhegali Myrzhykbai dedicated to the opening of the Year of Abay. 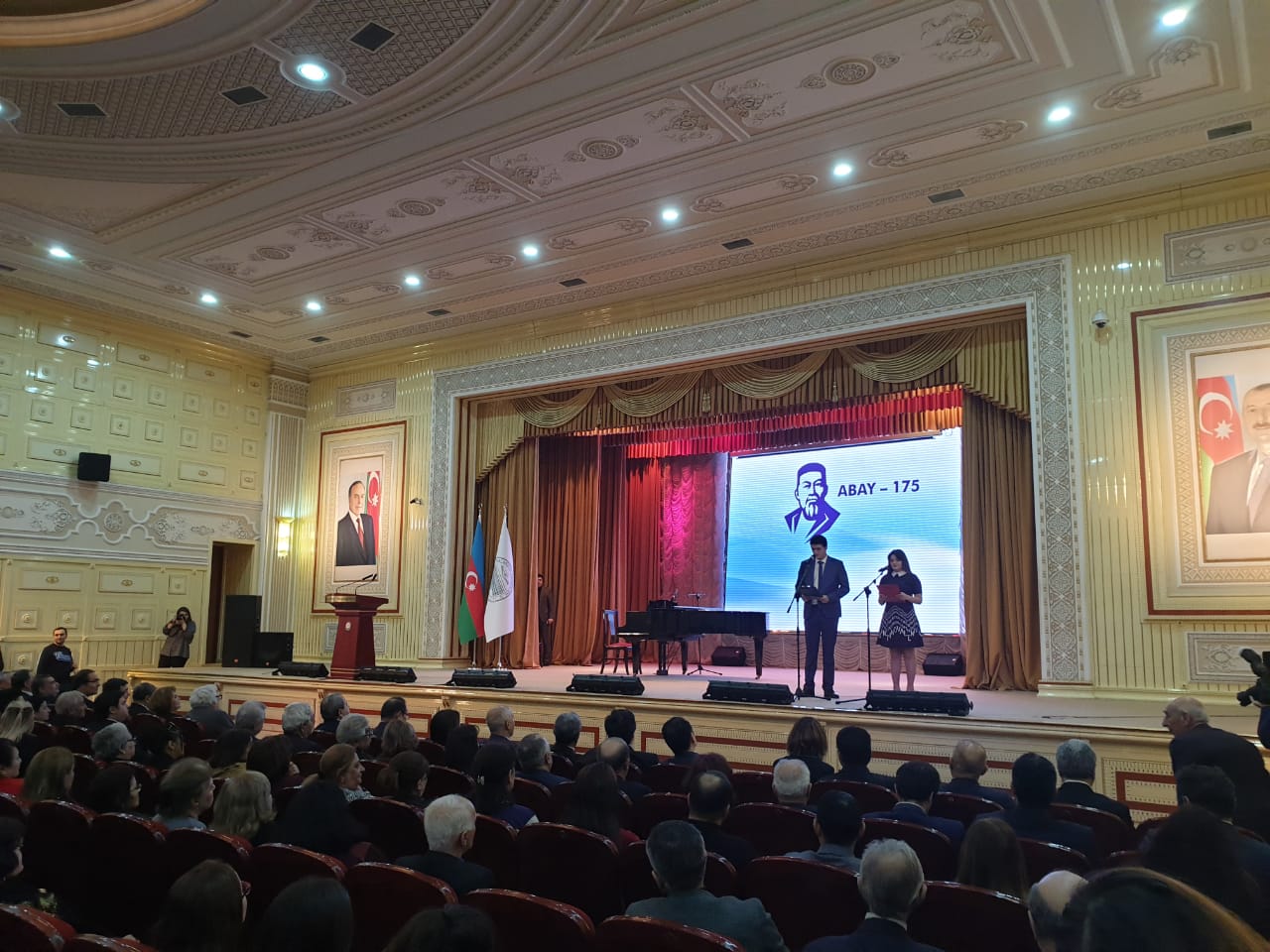 It is worth noting that within the framework of celebration of Abay’s anniversary, the Turkic Academy plans to hold a number of international events in Azerbaijan, Kazakhstan, Kyrgyzstan, Turkey and at the UNESCO level, translate works of the great poet and M. Auezov’s novel “The Way of Abay” into related Turkic languages.