Within the framework of the Opening of the Year of Abay in Baku, International Turkic Academy presented a new publication on “Writer’s mastery in the novel of Mukhtar Auezov” (“Muxtar Auezovun «Abay» romanında sənətkarlıq məsələlər”).

The monograph by Turan Teymur, a research fellow at Nizami Institute of Literature of the Academy of Sciences of Azerbaijan, is of great significance because it is the first research in Azerbaijani devoted to Mukhtar Auezov’s works. In addition, several more publications on Abay’s anniversary published by the Turkic Academy were presented to Azerbaijani readers. 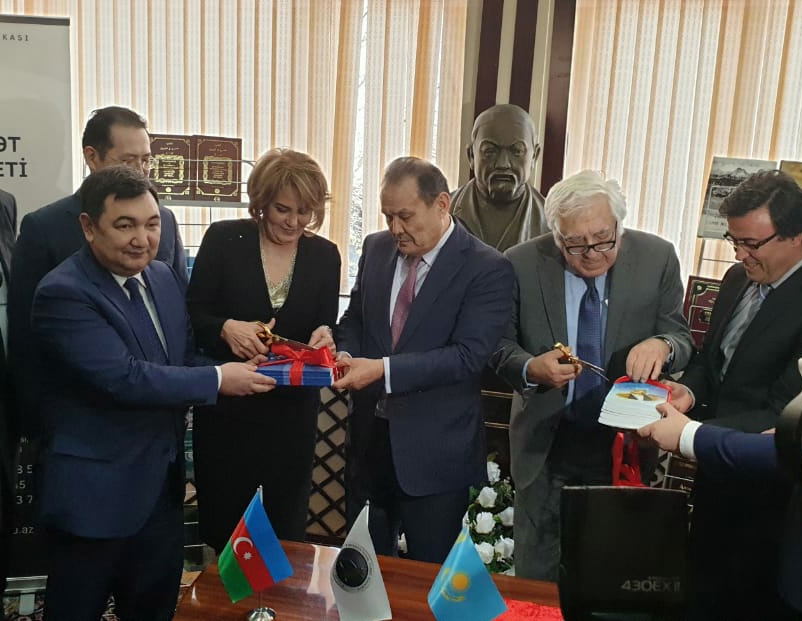 Among them are valuable works of outstanding expert on Abay Mekemtas Myrzakhmetov such as “Read Abay, admire …”, “Mukhtar Auezov – great expert on Abay” and “From the 125 (1889-2014) years’ history of Abay’s Heritage”.

All of these books were donated to Abay Center, along with more than 50 other publications published by the Academy. 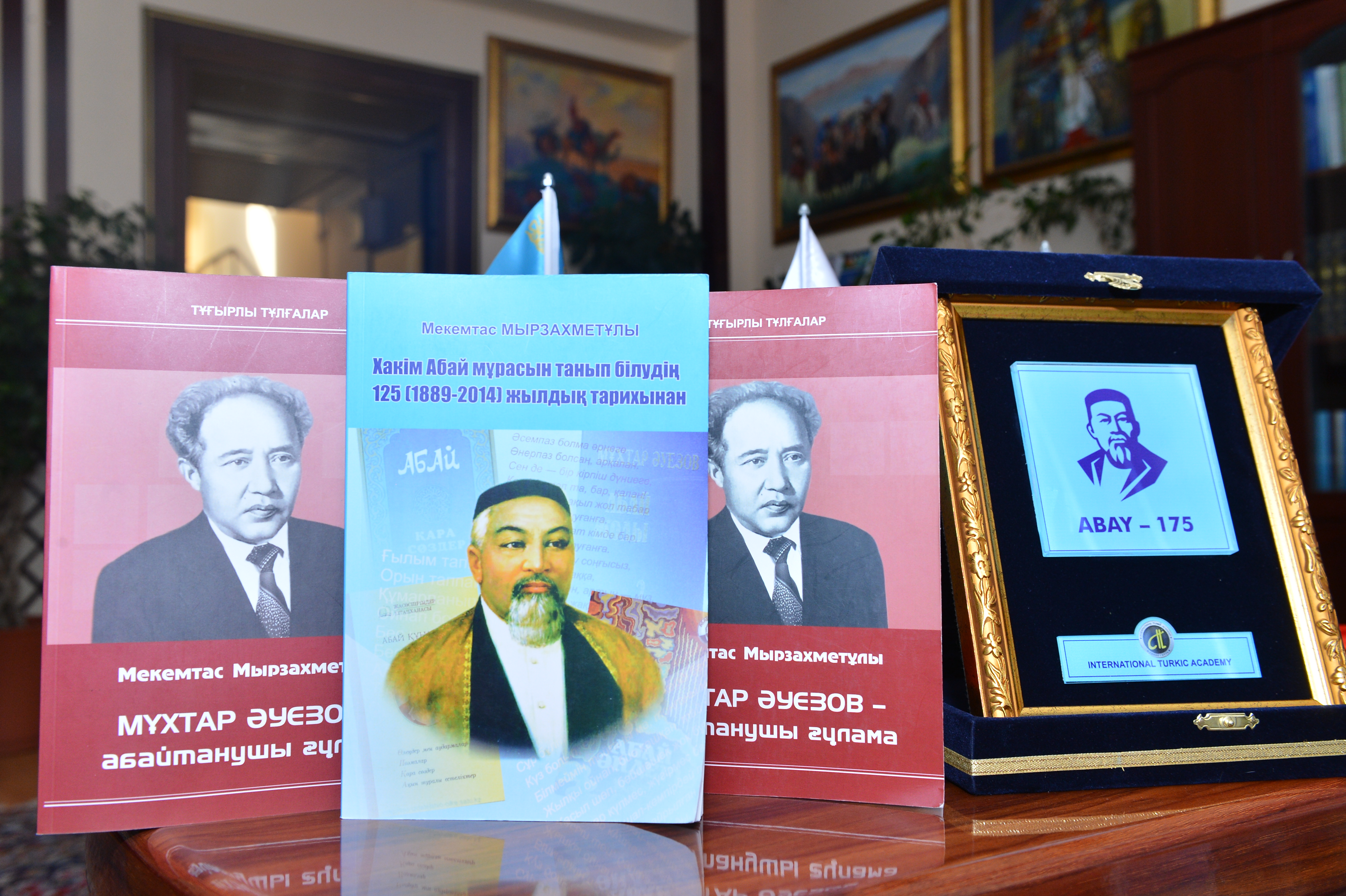