On February 19, President of the Kyrgyz Republic Sooronbay Jeenbekov received Minister of Foreign Affairs and Trade of Hungary Péter Szijjártó.

During the meeting, the sides discussed topical issues and prospects of cooperation between two countries.

The President noticed that in recent years there was a rapid development of Kyrgyz-Hungarian relations, also promoted by the first official visit of Prime Minister of Hungary Victor Orban to Kyrgyzstan in September 2018.

President Soononbay Jeenbekov expressed readiness for solid cooperation with Hungary in all priority areas, especially in trade, economic, cultural and humanitarian, investment spheres. He said that the opening of Hungarian Embassy in Kyrgyzstan would help to strengthen friendly relations and joint interaction. 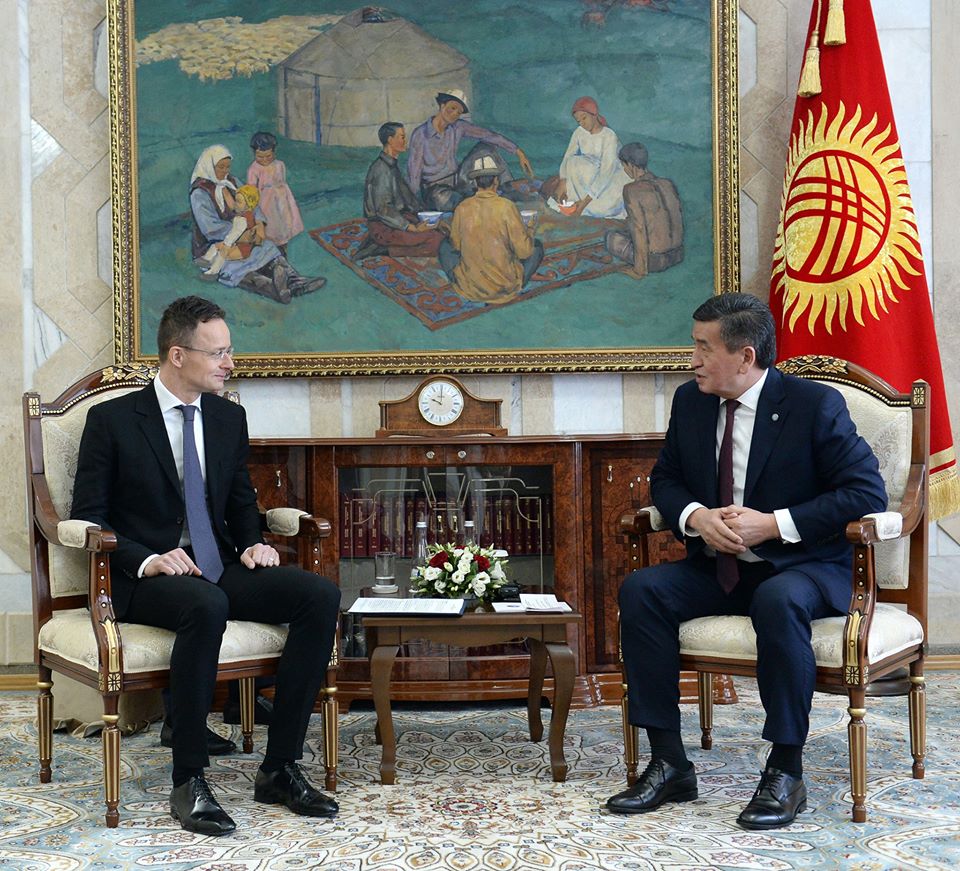 In turn, Minister for Foreign Affairs and Trade of Hungary said that Hungary attaches great importance to the development of relations with Central Asian countries, including Kyrgyzstan. He has noted that he looks forward to the official visit of the President of Kyrgyz Republic to Hungary scheduled for April 2020.

Péter Szijjártó expressed confidence that the planned visit would raise bilateral relations to the level of strategic partnership. According to him, they are preparing bilateral documents jointly with the Ministry of Foreign Affairs of the Kyrgyz Republic that will be signed during the visit of the President of Kyrgyzstan to Hungary.

He also noted that Hungary was ready to accept and train civil servants from Kyrgyzstan on tax reform, improving investment cooperation and expanding export potential. Moreover, he said that Hungarian universities intended to increase educational quota for Kyrgyz students.