President of Uzbekistan, who arrived in the Turkish capital Ankara, was greeted by Recep Tayyip Erdogan at the Presidential Palace. The visit of Uzbek President will last until February 20.

The leaders of two countries will attend the first meeting of the Turkey-Uzbekistan High Level Strategic Cooperation Council. Presidents will discuss issues of expanding cooperation in political, trade and economic, investment, financial, transport and communication, education, cultural and humanitarian spheres. 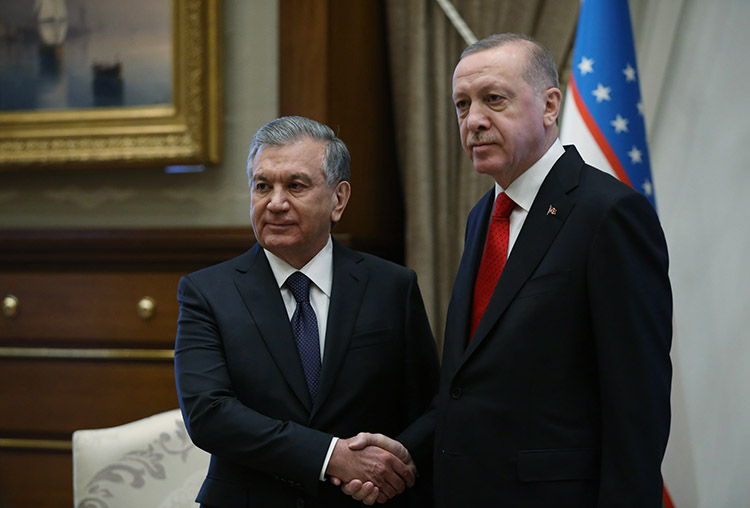 It is also planned that President Mirziyoyev will meet with business circles in Turkey and attend the opening ceremony of the National Library under the Administration of the President of Turkey.

It is worth noting that the Republic of Uzbekistan became a full member of the organization at the 7th Summit of the Turkic Council, which was held in Baku on October 15, 2019.