During archeological excavations in the Kharabalinsk district of Astrakhan region of Russia, scientists have found a unique collection of medieval ornaments.

The found artifacts have 201 silver tags with a total weight of 253 grams. According to scientists, jewelry dates back to the X – XI centuries. They were used to decorate shoes of an aristocratic woman of nomadic Oghuz tribe.

Oghuz tribes lived on the northern shores of Caspian Sea after the fall of Khazar Khaganate, before the invasion of Genghis Khan, in the X-XI centuries. Most of inhabitants of the city of Saksin, located in the Volga delta, were Oghuzs.

It is expected that in the near future the collection of ornaments found in Astrakhan will be restored and will take its rightful place in the museum-reserve exhibition on “Gold of Nomads”.

It should be noted that such a collection of artifacts was found in 1984 during an expedition to the Volgograd region and was presented to the public four years ago at the exhibition on “Journey of Ibn Fadlan” in the Hermitage-Kazan center. 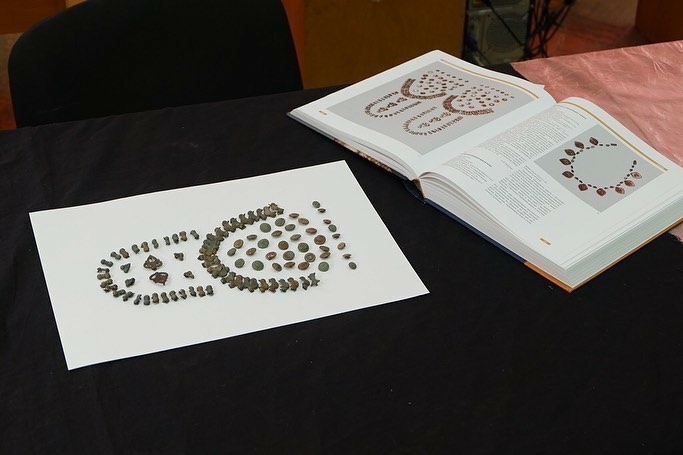