Today, on May 21, the International Turkic Academy on the eve of its 10th anniversary held an online conference on “Abay and the 21st century: the Continuity over Time” to celebrate the 175th anniversary of great thinker Abay Kunanbaiuly at the international level.

Among participants of the live videoconference were President of the International Turkic Academy Darkhan Kydyrali, Head of the UNESCO Asian Pacific Division Andrei Chevelev, Minister of Education and Science of the Republic of Kazakhstan Askhat Aimagambetov, Minister of Culture, Information and Tourism of the Kyrgyz Republic Azamat Zhamankulov, Deputy Secretary General of the Turkic Council Sultan Rayev, Deputy Secretary General of TURKPA Ali Yıldız, Deputy Secretary General of TURKSOY Bilal Cakıcı, President of the National Comission of the Republic of Turkey for UNESCO Ocal Oguz, Vice President of the National Academy of Sciences of Azerbaijan, academician Isa Gabibbeyli, Ambassador of the Ministry of Foreign Affairs of the Republic of Kazakhstan on special instructions Batyrkhan Kurmanseit, Chairman of the Turkish Language Society Prof. Guler Gulsevin, President of the Turkic Culture and Heritage Foundation, as well as well-known turkologists from Azerbaijan, Bashkortostan (Russia), Kazakhstan, Kyrgyzstan, Hungary, Mongolia, Uzbekistan and Turkey.

In addition, researchers and intellectuals from many countries participated as online listeners, and social network users were able to watch live broadcast.

The conference began with welcoming remarks of the distinguished guests. The Head of the Academy Darkhan Kydyrali, moderator of the conference, gave the first word to Andrei Chevelev, Head of the UNESCO Asian Pacific Division. The UNESCO representative congratulated participants on the anniversary of the great poet, and delivered special congratulations from the Deputy Director-General of UNESCO Mr. Firmin Matoko and wished success to the conference. He reported on the activities to be implemented by Kazakhstan. Then, Ministers of Education and Science of Kazakhstan and Kyrgyzstan Askhat Aimagambetov and Azamat Zhamankulov praised the work of the Academy and wished success in its future endeavors. 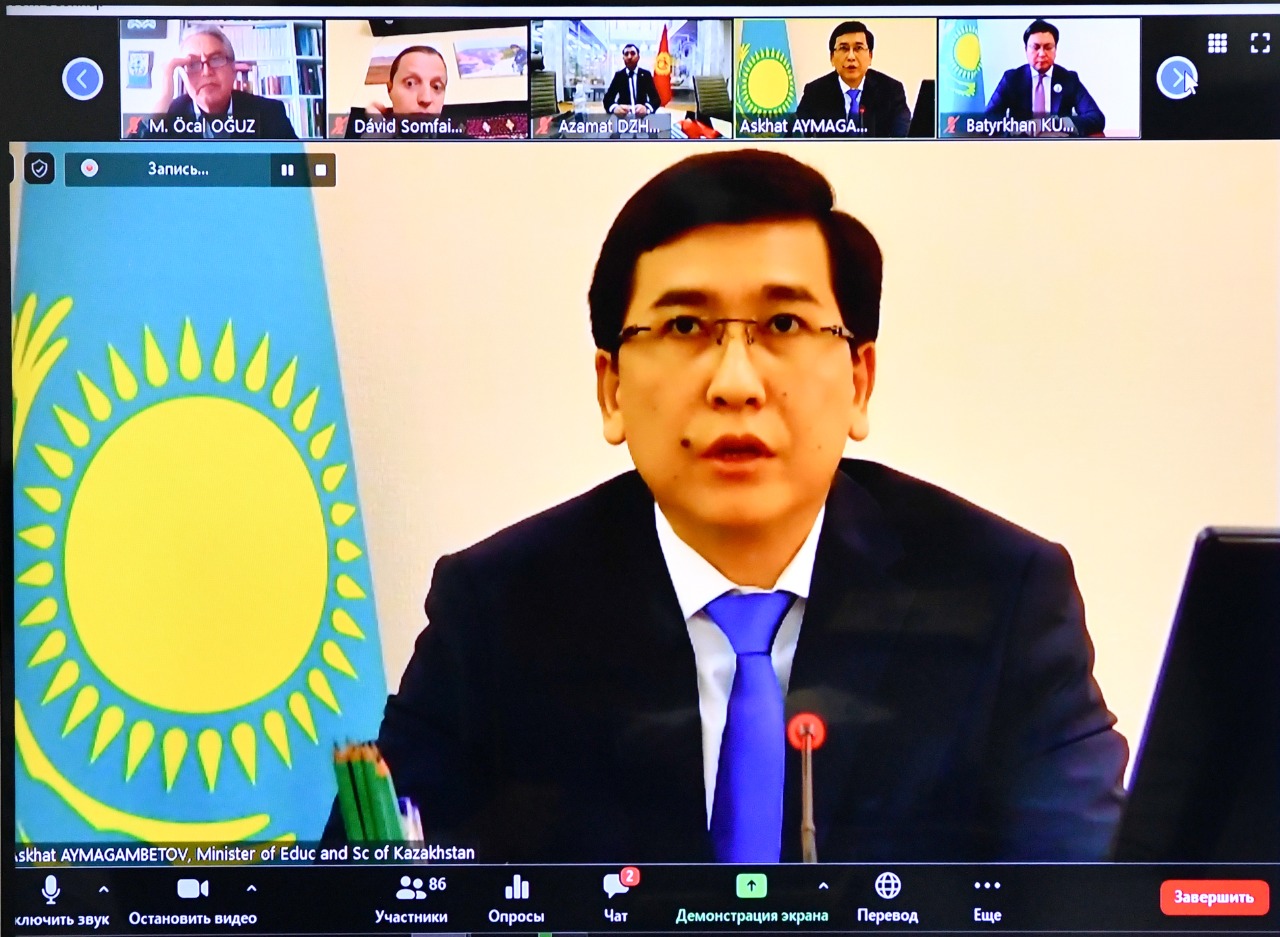 During the meeting, several new books prepared and published by the International Turkic Academy dedicated to the 175th anniversary of Abay Kunanbaiuly were presented. 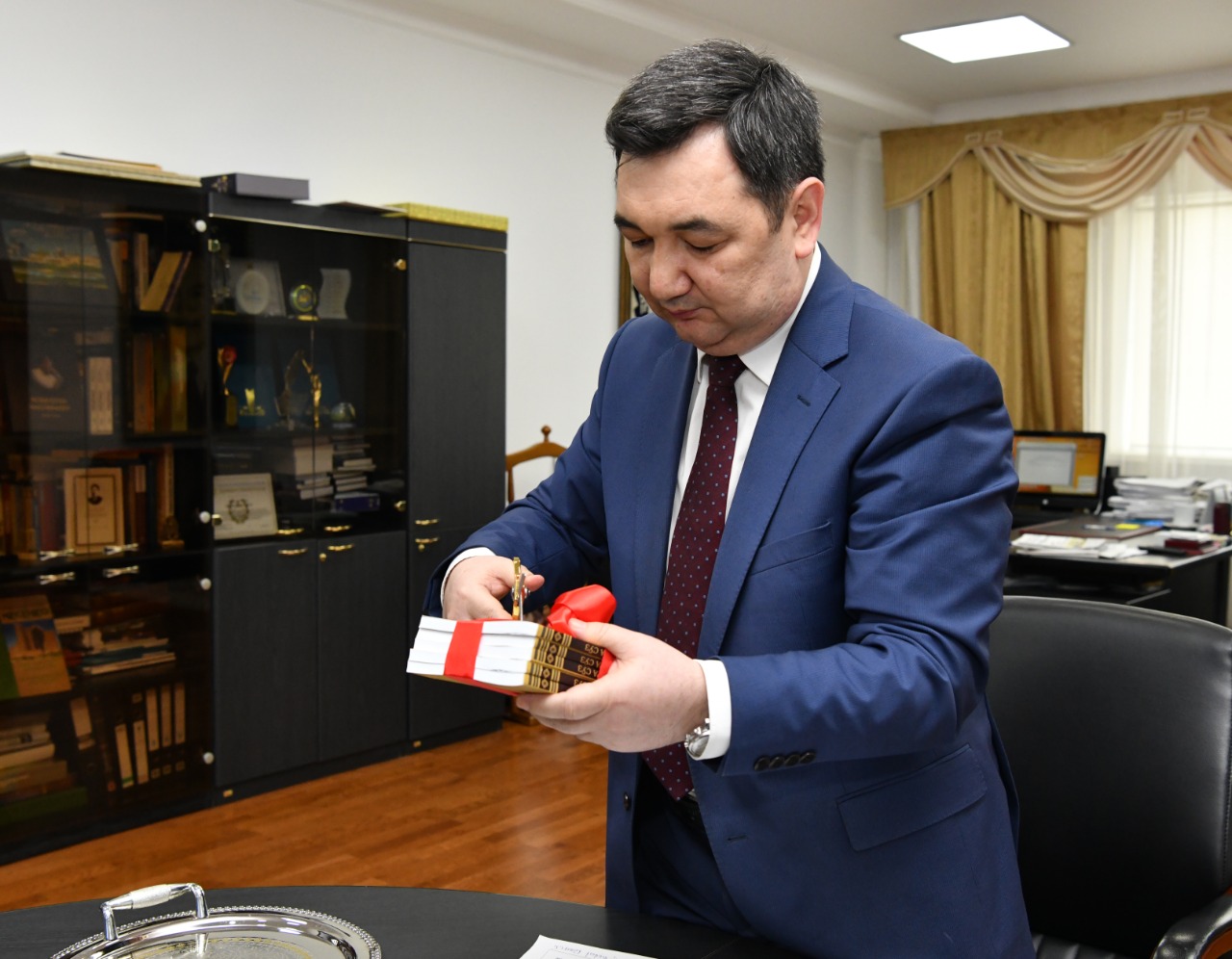 It is worth noting that the International Turkic Academy devoted this year to great Abay, the year started in January with the event in Baku, the capital of the Republic of Azerbaijan. Events related to the 175th anniversary of Abay Kunanbaiuly will continue in all member states of the Academy throughout the year.