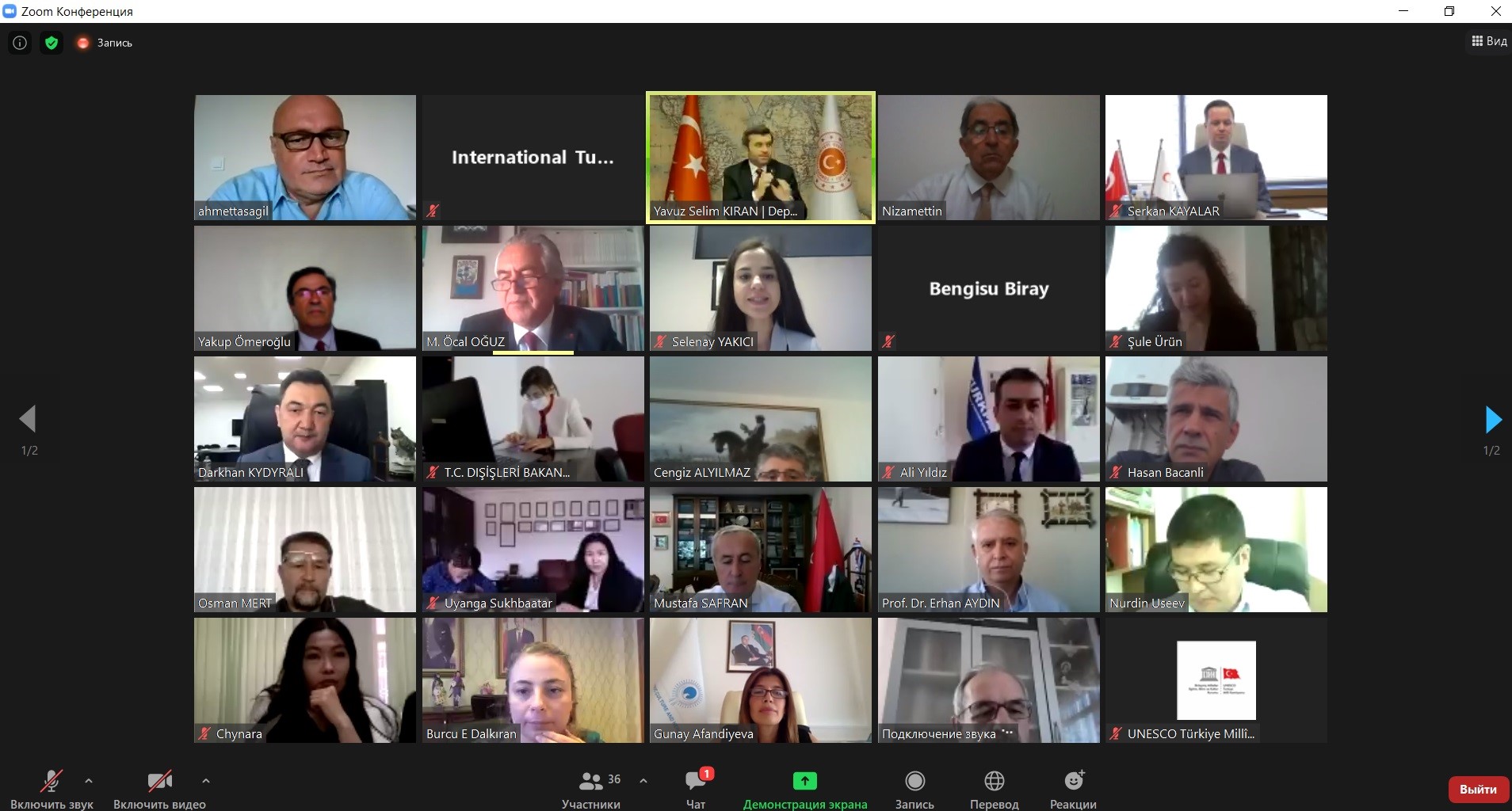 Participants assessed the current state of the Bilge Tonyukuk monument, discussed issues related to its protection and assessment of the text of the monument, taking into account its cultural value in terms of UNESCO.

Speaking at the online meeting, the head of the Turkic Academy Darkhan Kydyrali told about the work done by the organization in the Year of Tonyukuk. He also made specific proposals on the inclusion of the Tonyukuk monument in the UNESCO World Heritage List, its protection, preservation and promotion, the development of a complete atlas of the complex.

It is worth noting that in April, the International Turkic Academy announced the official opening of the Year of Tonyukuk and held an international online video conference on “The Great Steppe Civilization: Tonyukuk’s Legacy and the Modern Turkic World”. The collection developed by the Turkic Academy was presented at the conference. The text of the Tonyukuk monument was translated into 12 languages, and the unique “Bilge Tonyquq” collection was presented.