Today, the National Library in Almaty hosted a meeting on “Noble man does not change” dedicated to the 90th anniversary of prominent scientists Mekemtas Myrzakhmetuly and Orazak Smagululy.

The event was organized by the International Turkic Academy and was attended by Secretary of State Krymbek Kusherbayev, President of the International Turkic Academy Darkhan Kydyrali, Minister of Culture and Sports Aktoty Raimkulova, Minister of Education and Science Askhat Aimagambetov, President of the National Academy of Sciences Murat Zhurynov, expert on Abay, scholar Mekemtas Myrzakhmetuly, anthropologist, academician Orazak Smagululy, rector of the Abay Kazakh National Pedagogical University Takhir Balykbayev, as well as heads of a number of scientific institutes and famous scientists. 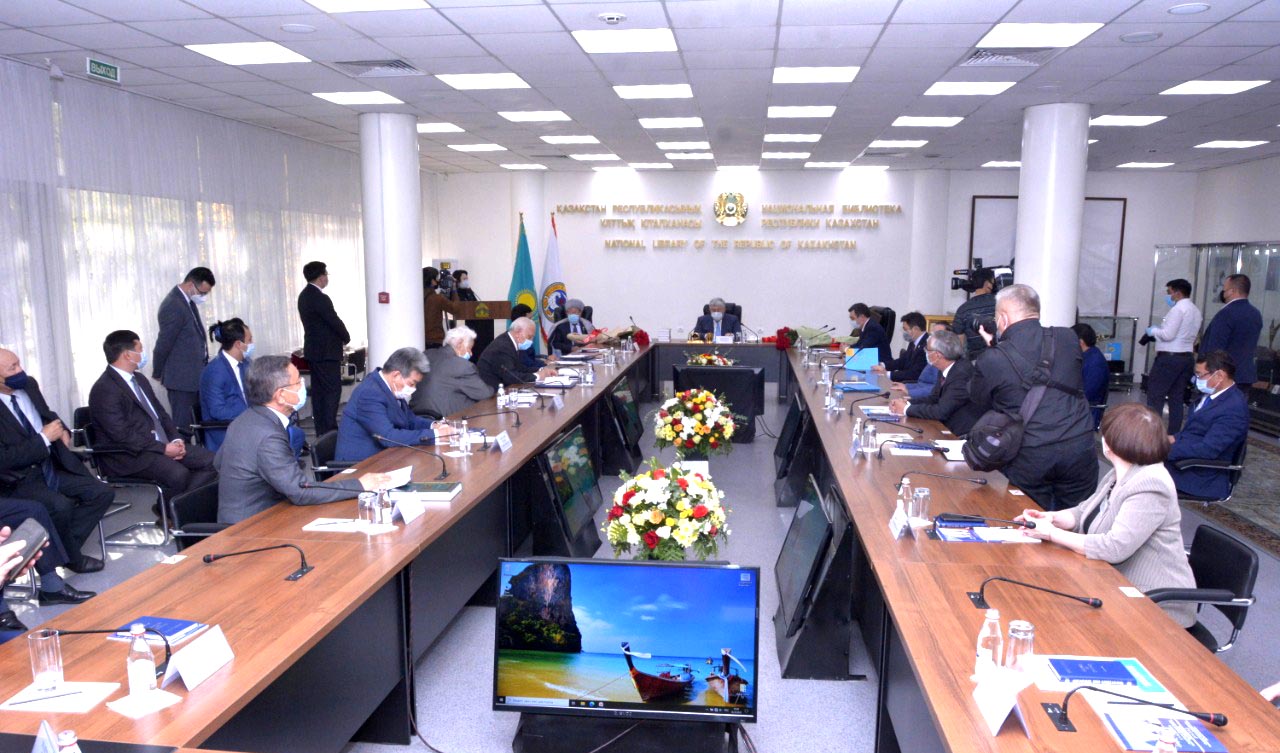 Secretary of State Krymbek Kusherbayev delivered a congratulatory letter of the President of the Republic of Kazakhstan K. Tokayev and paid tribute to the guests of honor. In turn, Krymbek Yeleu-uly stressed the importance of the event in the Year of Abay and praised the immeasurable contribution of M. Myrzakhmetuly and O. Smagululy to the development of national science. 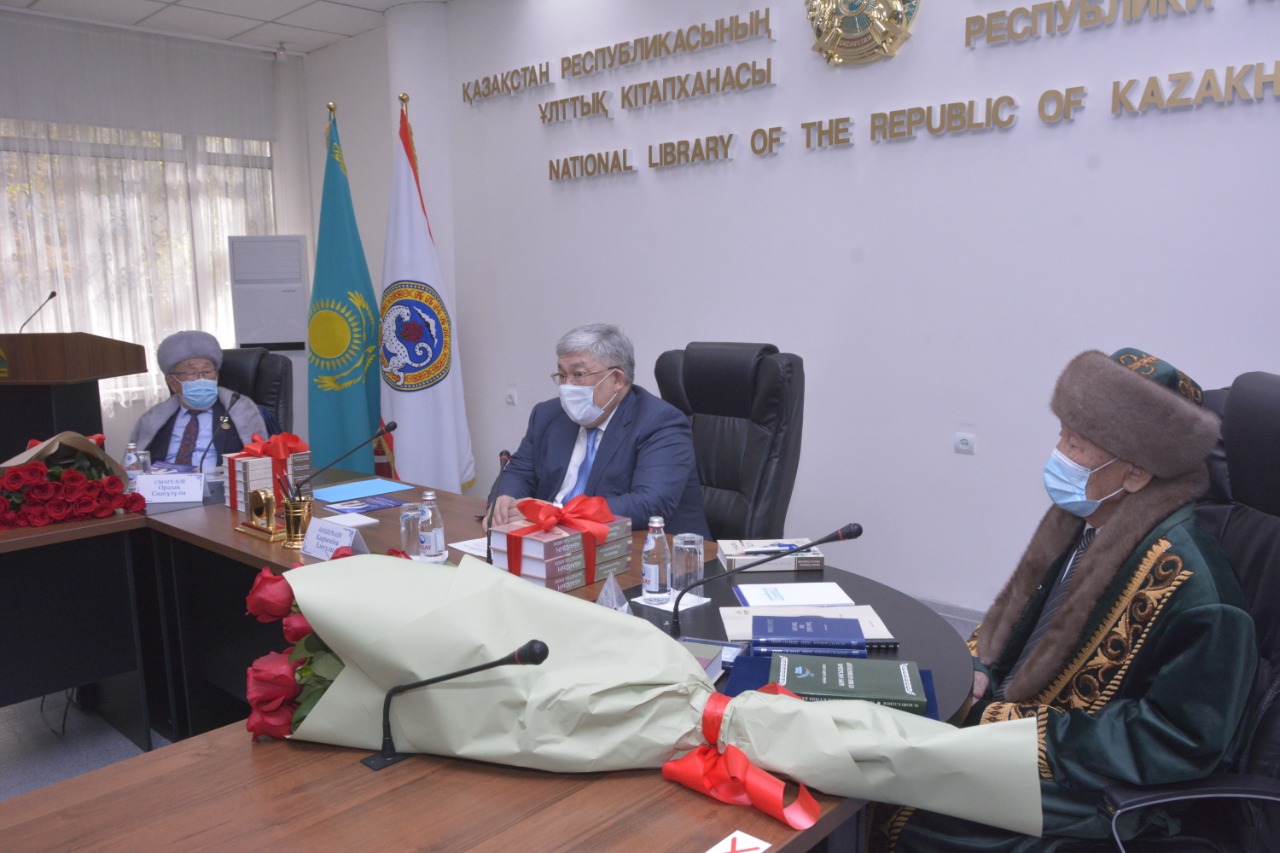 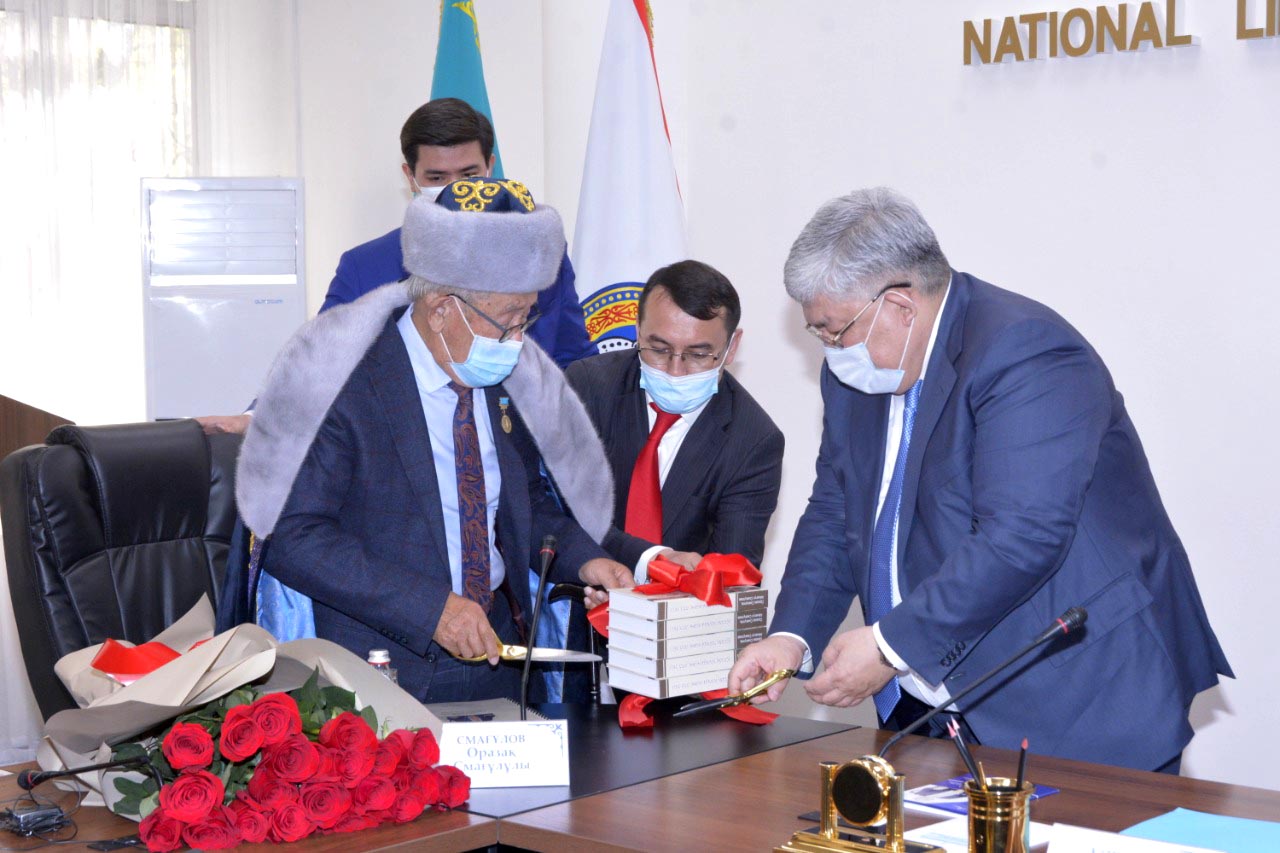 The first, “Eastern World of Abay” is the great work of today’s main Abay expert Mekemtas Myrzakhmetuly, published by the Turkic Academy; it comprehensively reveals truths in the field of Abay studies that were not told in the Soviet era.

And the second, the work of the founder of domestic anthropology Orazak Smagululy on “Kazakh people and ancestry” (together with A. Smagulova) provides an in-depth anthropological analysis of our millennia-old history and identifies the further scientific evidence of Kazakh people.

It should be noted that these unique publications are significant contribution to science and Turkology.

The head of the Academy Darkhan Kydyrali awarded the Gold Medal of the Turkic Academy to Professor Mekemtas Myrzakhmetuly, and the Wilhelm Thomsen Medal to Academician Orazak Smagululy. 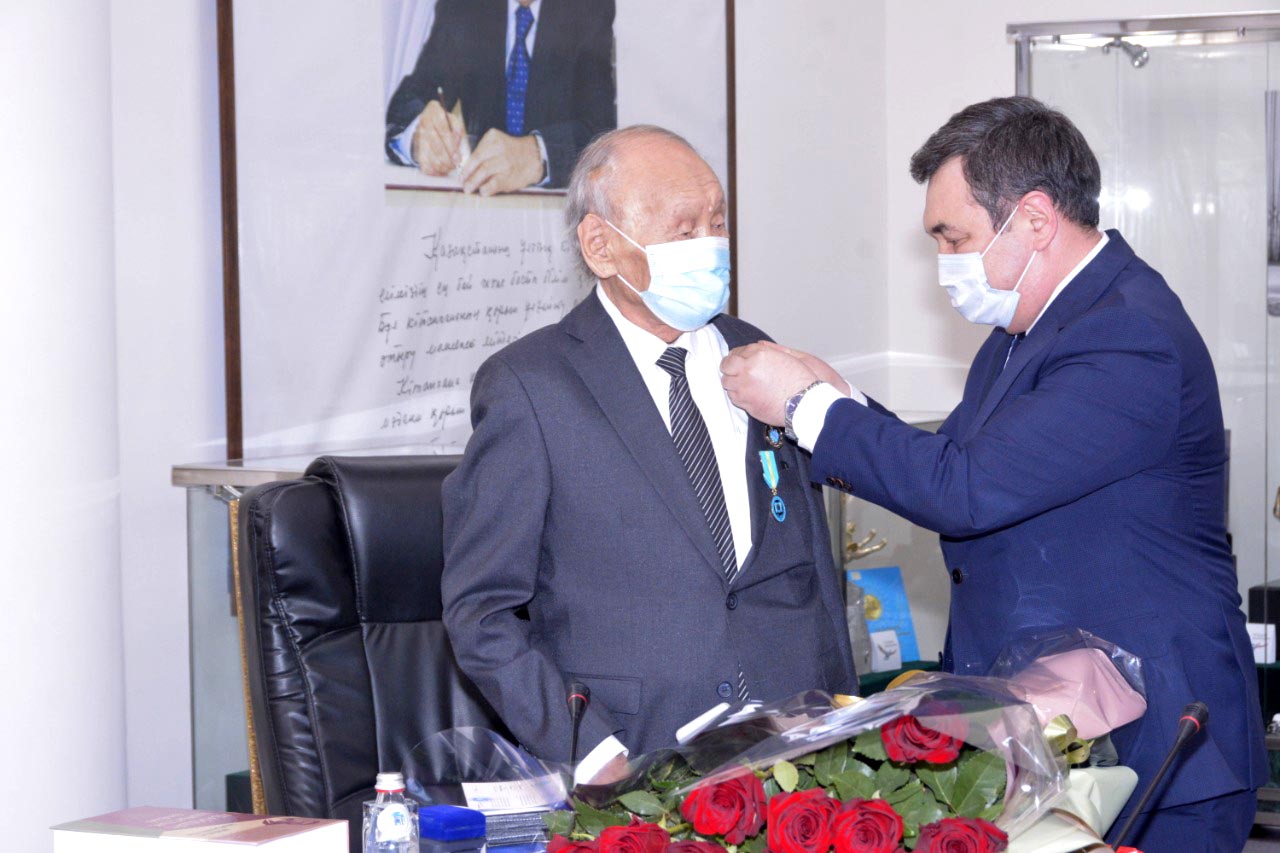 Within the framework of the meeting, a special book fair on “The Great figures praising their nation” that exhibited scientific works of guests of honor kept in the National Library took place and publications of the Turkic Academy were presented. 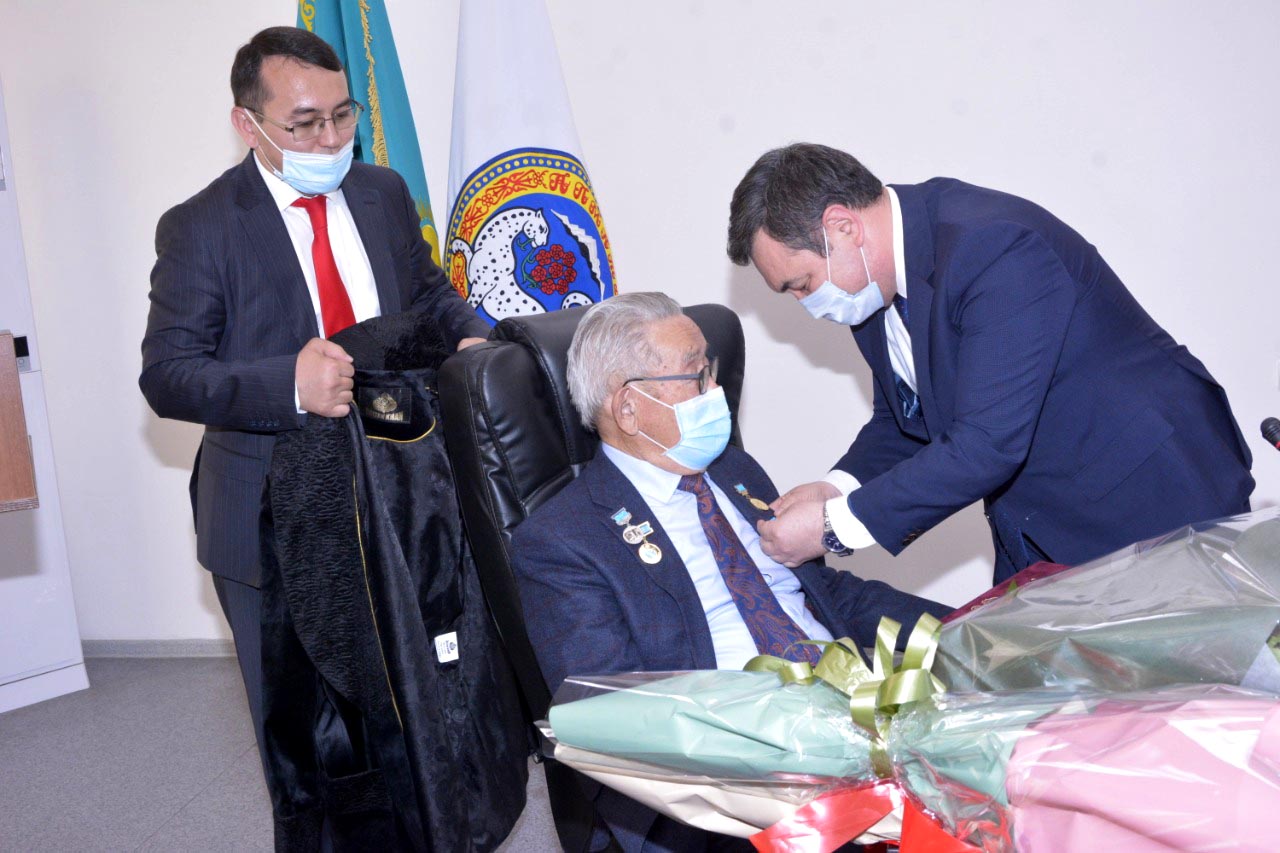