On November 20, a delegation led by the President of the International Turkic Academy Darkhan Kydyrali visited Ganja.

The delegation reviewed the effects of the attacks of the Armenian Armed Forces in the central part of Ganja, laid flowers at the site of the incident and expressed condolences to the families of the victims.

“Many civilians and innocent children were killed in the rocket attack on Ganja during the war. At that difficult time, we sent a telegram of condolences to our brothers. And now I am here to say once again that we support Azerbaijan. Ganja is a city of culture and literature,” the head of the Academy said during his visit to Ganja. The delegation of the Academy was greeted and guided by the administration of Ganja and the heads of the city departments of the Azerbaijan National Academy of Sciences.

Note that on October 11 and 17, it was reported that ballistic missiles were fired from the territory of Armenia at the Azerbaijani city of Ganja. As a result, about 30 civilians were killed, including 6 children, 10 women and more than 90 people were injured. 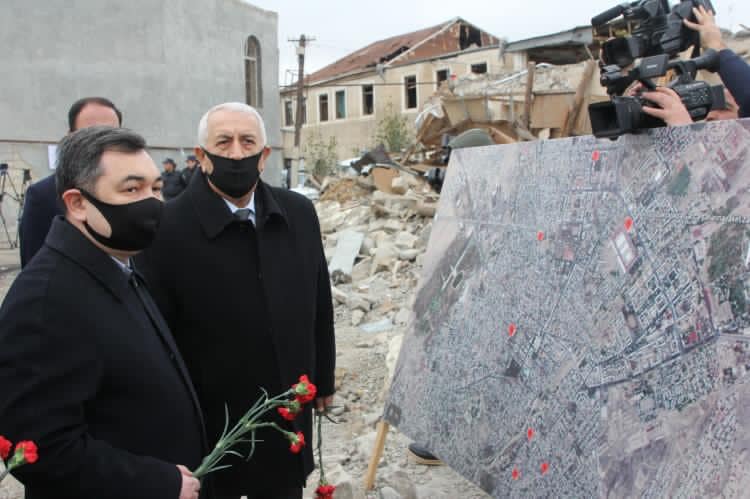