Turkic Academy held an international conference “The Turkic World: Historical and Cultural heritage” at the National Academic Library of the Republic of Kazakhstan in Nur-Sultan. 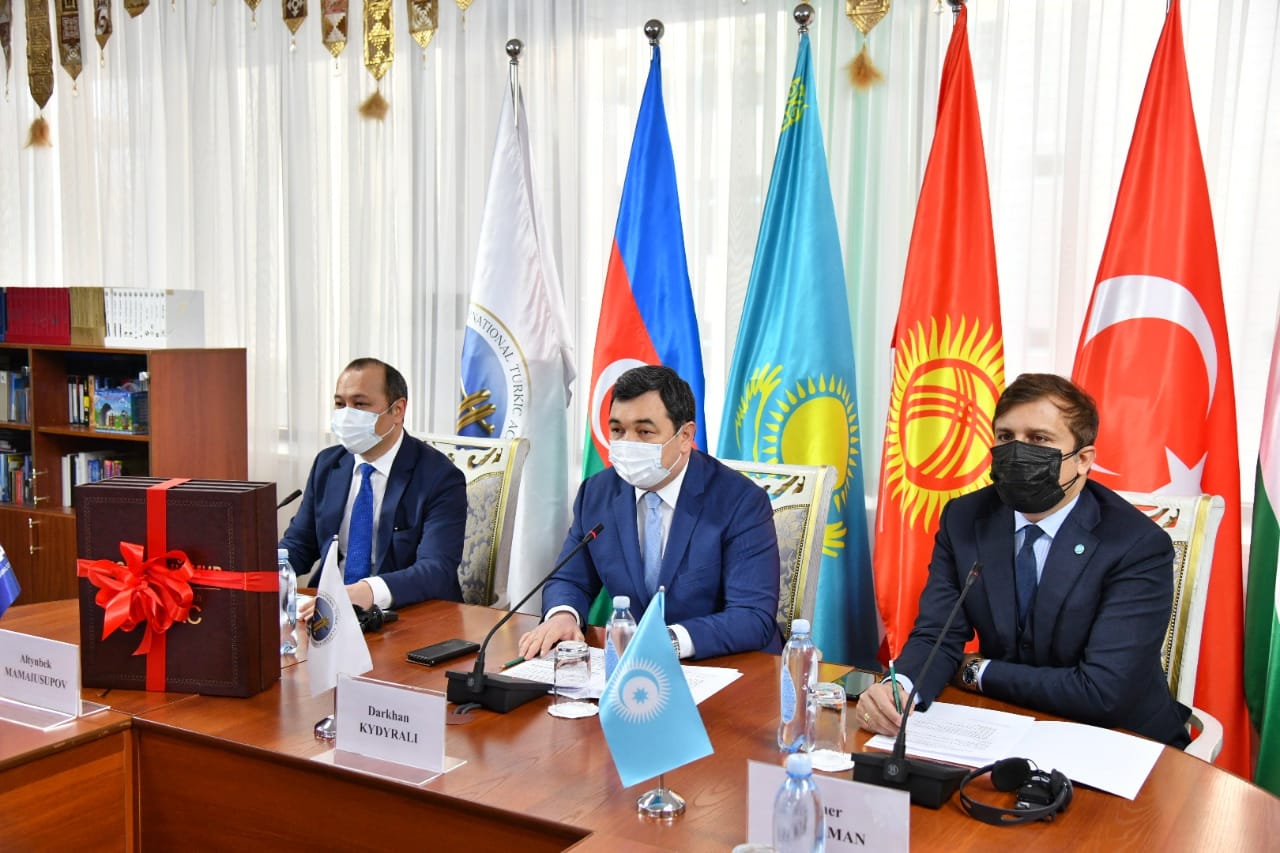 The high-level event was organized as the beginning of a series of festive events in celebration of the 30th anniversary of the Independence of the Turkic States. It was attended by Secretary General of TURKPA Altynbek Mamaiusupov, the first Secretary General of the Turkic Council Halil Akıncı, President of the International Turkic Academy Darkhan Kydyrali, the first Prime Minister of the Republic of Azerbaijan Hasan Hasanov, a former state Secretary of the Kyrgyz Republic Osmonakun Ibraimov, Deputy Secretary General of the Turkic Council the Ömer Kocaman, Azerbaijani ambassador to Kazakhstan Rashad Mammadov, Turkish ambassador to Kazakhstan Ufuk Ekici, Hungarian ambassador to Kazakhstan Mihai Galoshfay, the Deputy of the Senate of the Parliament of the Republic of Uzbekistan Azamat Ziyo, Chairman of the Science committee of the Kazakh Education and science ministry Zhanna Kurmangaliyeva, board member of Council of Elders (Aksakals) Turkic world, famous scientist Adil Akhmetov, Professor of Frankfurt University, chief researcher of the Institute of Philology SB RAS Irina Nevskaya, Director of the A.Khalikov Institute of archaeology in Tatarstan Airat Sitdikov, as well as heads of diplomatic missions in our country, heads of Science Academies of the fraternal Turkic countries, Deputies of Senate and Mazhilis of Kazakhstan, well-known public and state figures, prominent scientists, scholars and experts from Azerbaijan, Kazakhstan, Kyrgyzstan, Turkey, Uzbekistan, Russia, the USA, Italy, Mongolia, Germany, and more than 20 countries of the world. 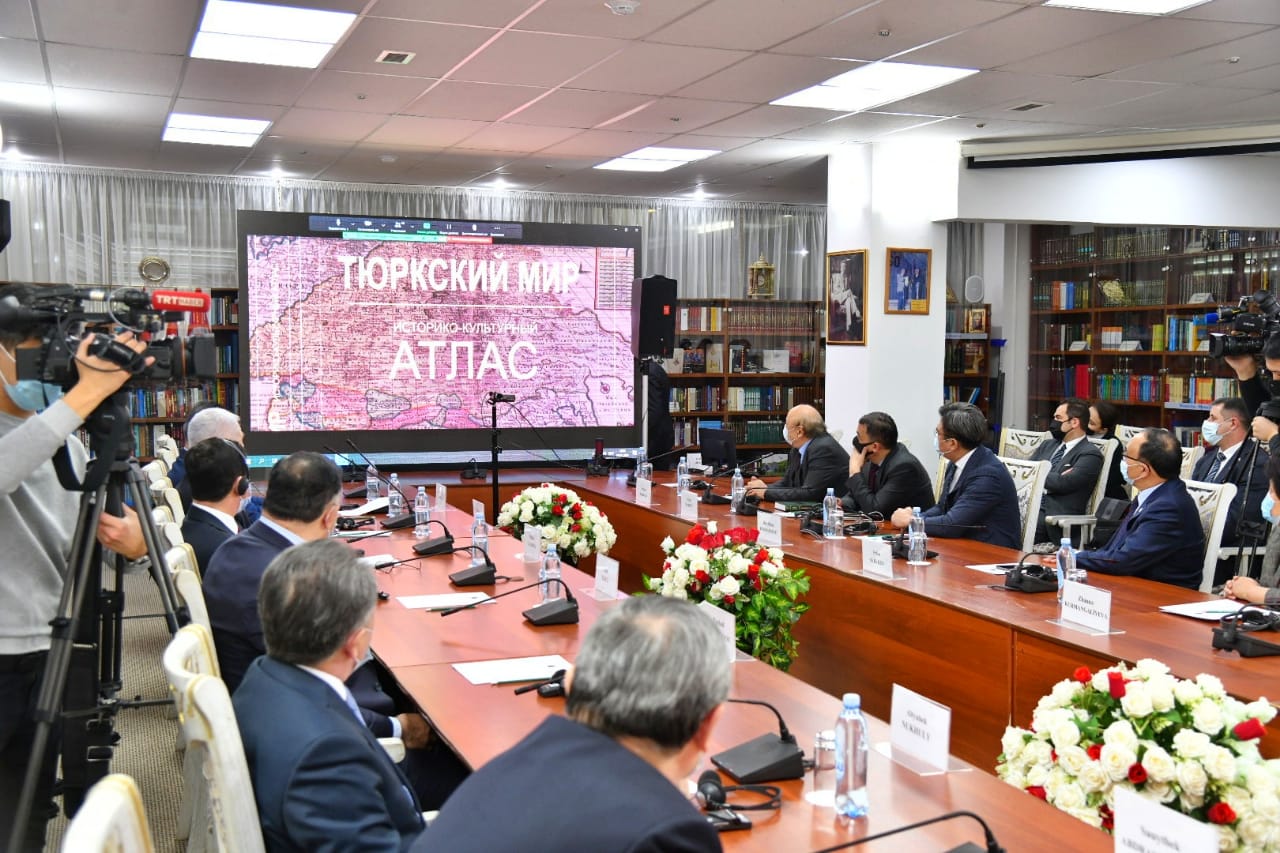 The fundamental scientific project “The Turkic World: Historical and Cultural Atlas” prepared by the Turkic Academy was presented during the both online and offline conference. The project published with a foreword by the First President of the Republic of Kazakhstan – Elbasy N.A.Nazarbayev, includes ancient maps created by famous travelers, as well as important information demonstrating the rich cultural heritage of our ancestors. 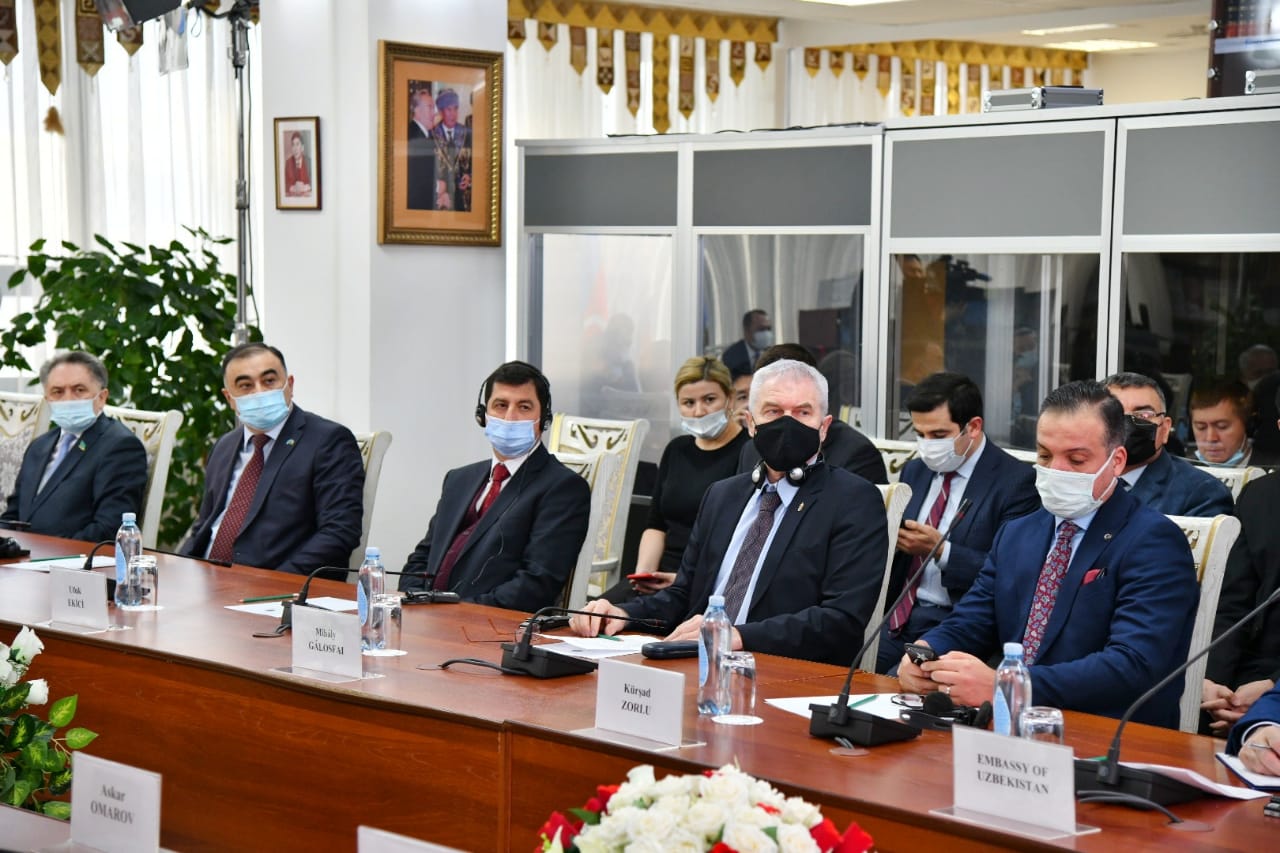 It should be noted that the Atlas consists of six thematic sections reflecting the main provisions of the program article of Elbasy N. Nazarbayev “Seven facets of the Great Steppe”.

The conference was led by the President of the International Turkic Academy Darkhan Kydyrali. The head of the organization noted that the conference is timed to the 30th anniversary of the Independence of the Turkic states. He also pointed out that the Atlas of the Turkic world, which includes more than 200 historical maps, scientifically justifies the position expressed by the President of the Republic of Kazakhstan Kassym-Jomart Tokayev in his program article “Independence above all” published in “Egemen Qazaqstan”. Kazakh President stated that Kazakhs did not receive their vast territory from anyone as a gift. 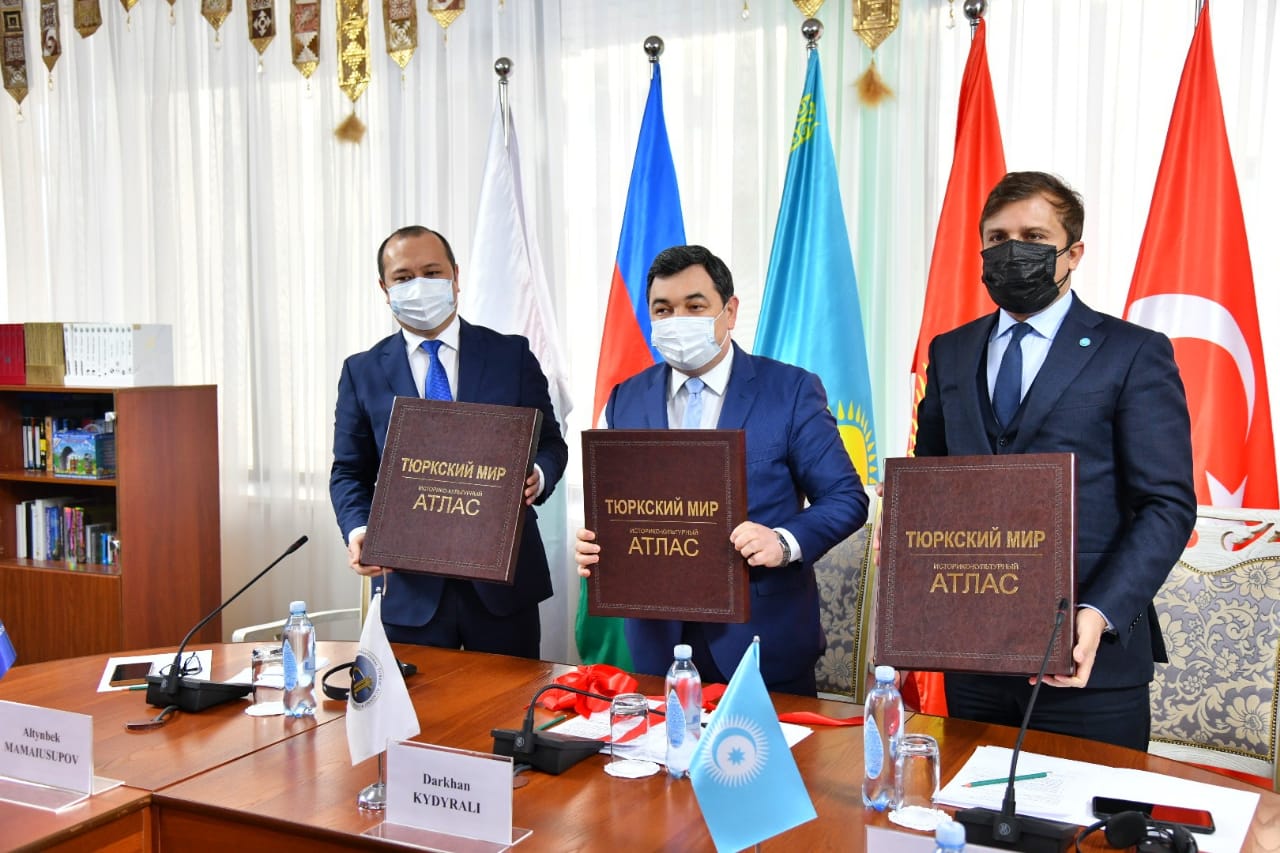 TURKPA Secretary General Altynbek Mamaiusupov took the floor after the presentation ceremony of the first cultural and historical atlas of the Turkic world. He highly appreciated the Atlas and also noted the importance of the key thoughts of the program article of the President of Kazakhstan K.Tokayev for all fraternal countries with a common history.

Khalil Akinci, the First Secretary General of the Turkic Council also noted that the conversation about historical borders should remain in history.

In turn, the First Prime Minister of Azerbaijan Hasan Hasanov stressed that the Kazakh history is rooted in the Scythian-Saka era.