Along with the guests of honor, the meeting was attended by the President of the International Turkic Academy Darkhan Kydyrali Hungarian Ambassador to Kazakhstan Mihai Galoshfai as well as representatives of the Hungarian delegation, state and public figures. 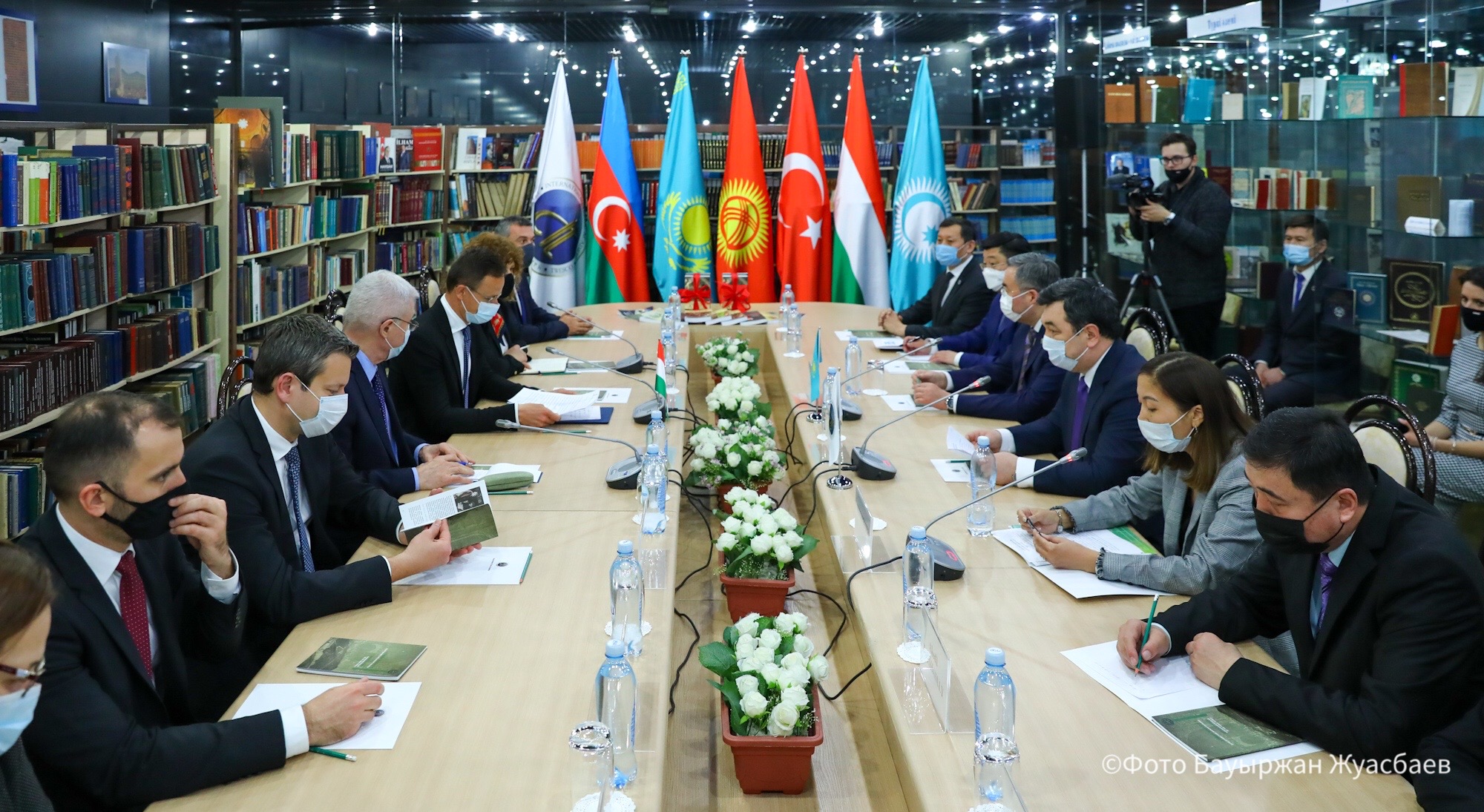 During the event, the exhibition about the Hungarian traveler Armin Vambery “Hungarian Scientist of the Turkic World” was organized in Kazakh.

Welcoming the distinguished guests, the head of the Academy Darkhan Kydyrali noted the importance of holding a meeting in the Turkic Library named after the outstanding Turkologist Kongur Mandoky.

The Hungarian delegation headed by Peter Szijjarto got acquainted with the valuable manuscripts of the Turkic Library and the Kongur Mandoky Foundation. 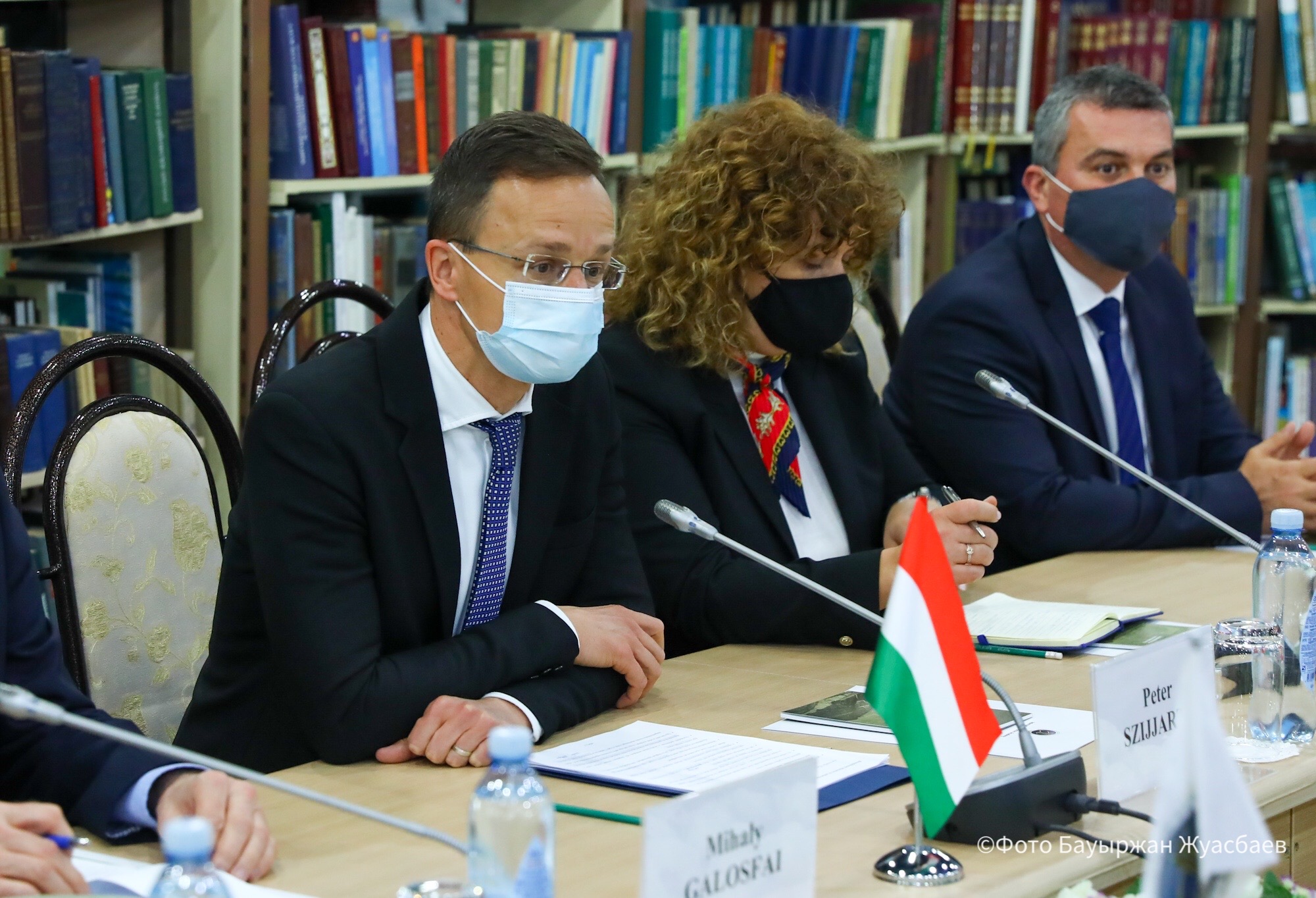 In turn, the Hungarian Minister of Foreign Affairs and Trade thanked the Academy for the work done to study the common values of related countries, strengthen the brotherhood of peoples and presented the library with valuable works in Hungarian. In addition, the parties agreed on the further development of bilateral scientific cooperation and the implementation of joint projects in the future.

At the end of the meeting, Darkhan Kydyrali thanked the Hungarian delegation and awarded Mr Peter Szijjarto with the Gold Medal of the Academy. 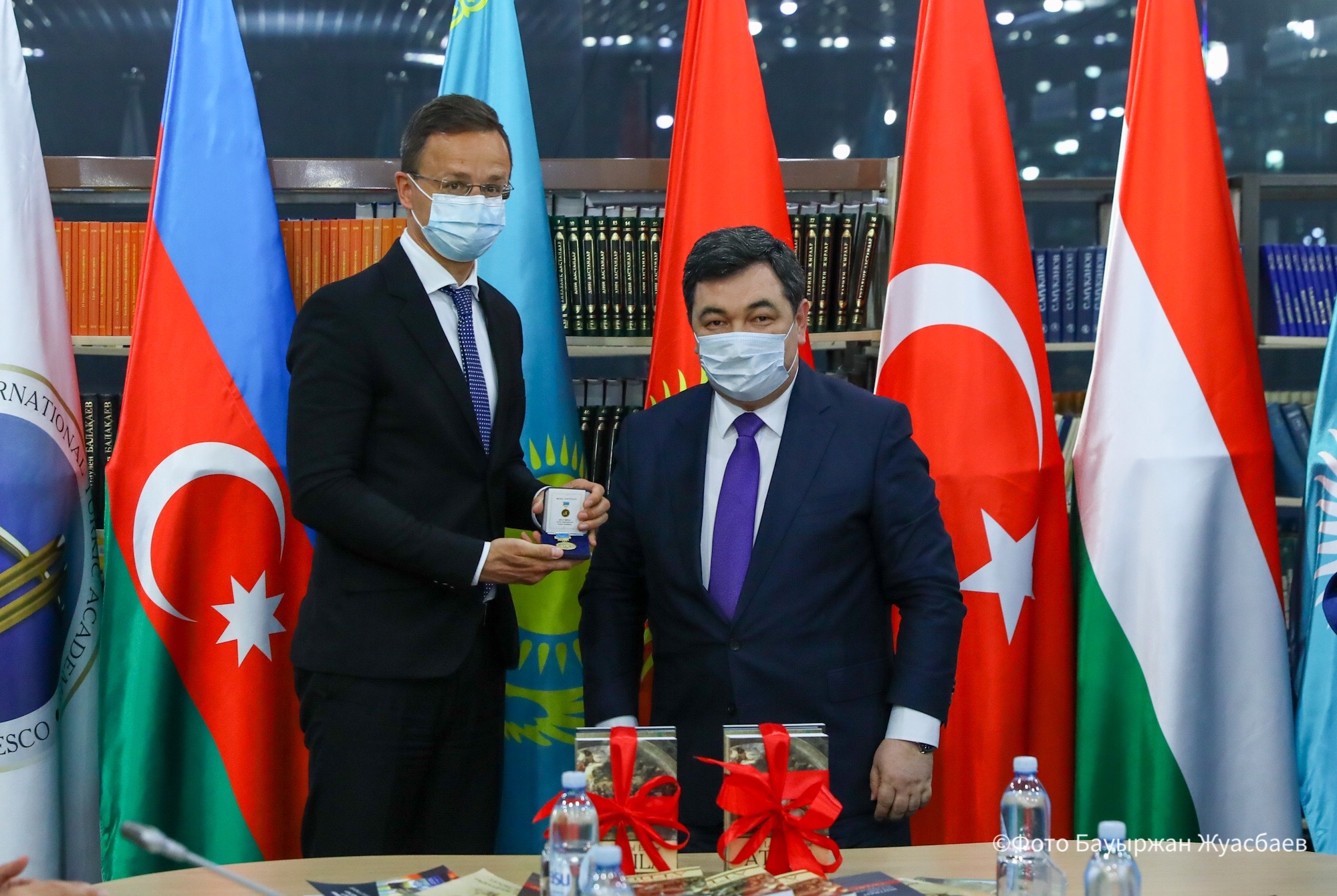 There was also a presentation of a number of works prepared by the International Turkic Academy in the Hungarian direction. In particular, the scientific work about the legendary ruler of the Huns Attila “The Lord of Europe Attila” was presented. The author of the work published in English with the support of the Academy is a well-known scientist, Ambassador Extraordinary and Plenipotentiary of Hungary to Mongolia Borbala Obrusanszky.
The first collection of poems by the great poet Zhambyl in Hungarian was also presented at the event. The collection “Zhambyl Zhyrlary-Dzsambul muvei”, published as part of the 175th anniversary of the great steppe storyteller, includes poems in Kazakh with a parallel translation in Hungarian as well as informative research articles. Scholars such as Hinayat Babakumar and Takaс Iboya participated in the compilation and preparation of the collection for publication.
In addition, together with the International Turkic Academy and the representative office of the Turkic Council in Budapest, a new work about the famous Hungarian traveler one of the founders of Hungarian Turkology, Armin Vambery “Hungarian Scholar of the Turkic World” was prepared. The booklet illustrated with historical photographs, tells the story of Armin Vambery’s life and career in Kazakh and English.
The recently published work of the famous Turkologist Istvan Kongur Mandoky “Unbreakable Roots” and the book “Bibliography of Mandoky Kongur Istvan” were also presented to the public. 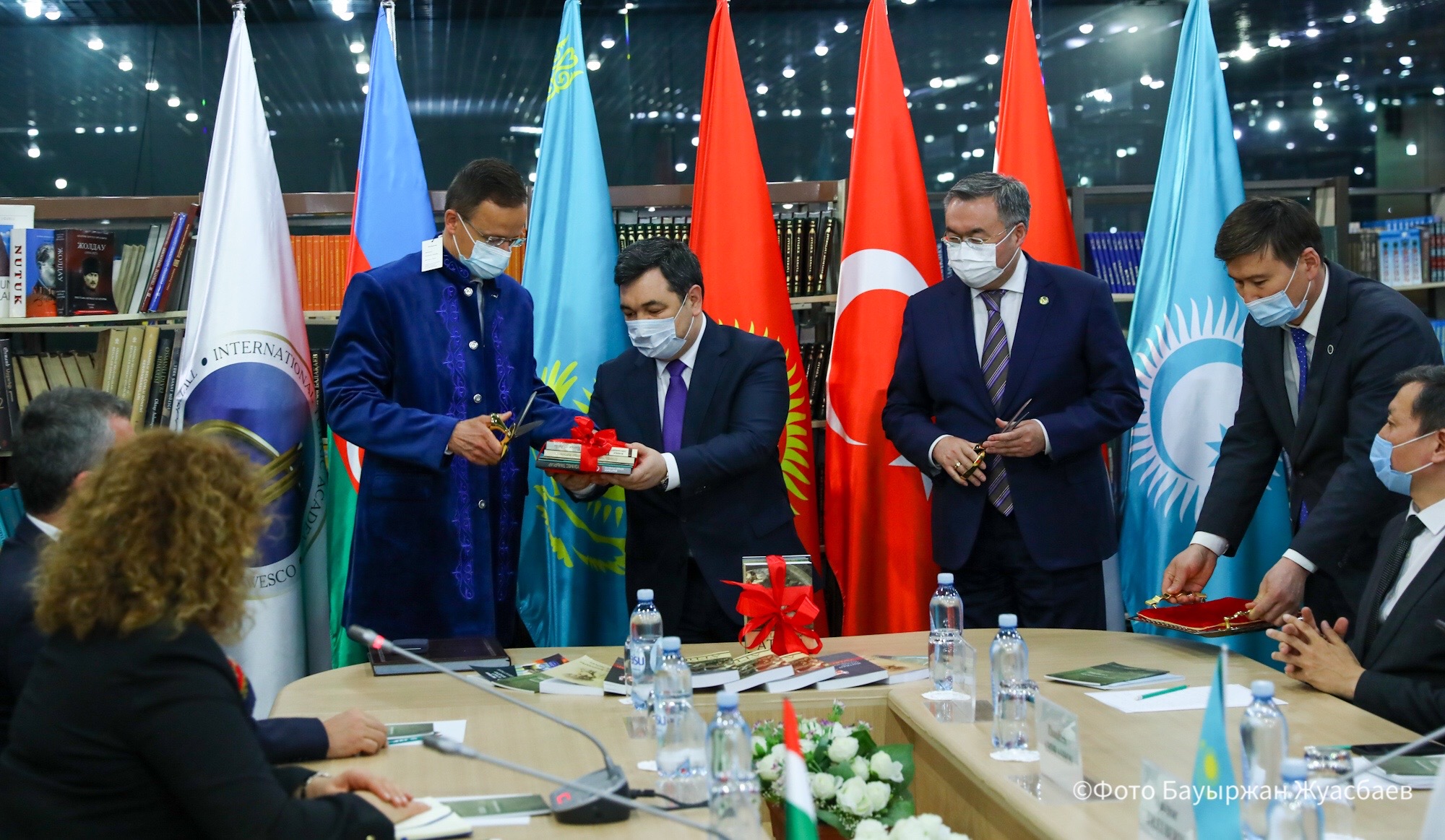 It should be noted that in 2017, Hungary became the first country among the institutions of cooperation of the Turkic world to receive the observer status of the International Turkic Academy.
The Academy has implemented a number of projects and activities aimed at integrating Hungary and the Turkic world. In particular, a number of research projects on the heritage and teachings of Hungarian Turkologists, such as Nemeth Gyula, Gyorgy Almasi, Kongur Mandoky were published.